Police are investigating whether a violent home invasion in Sydney’s south-west which left people fighting for life, was gang-related.

At about 11.20pm, police were called to a rural property on Mersey Road at Bringelly after a 32-year-old man and a 28-year-old-woman, wearing balaclavas and armed with a gun and knife, allegedly broke into the home.

Officers found a 38-year-old woman who had been stabbed in the neck and hand, and a 44-year-old man with stab wounds to his chest and stomach.

Both were taken to hospital in a serious condition.

A third occupant, a 44-year-old man, was uninjured.

It’s understood the male attacker has links to the Rebels motorcycle group, and as he fled the scene in a car, he was shot. 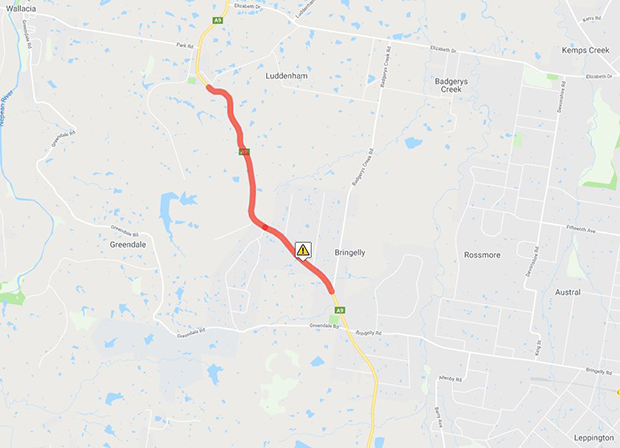 While at the property,  police were called to a second crime scene nearby on The Northern Road at Luddenham.

Emergency services found the assailant’s car had crashed into a tree.

The man was taken to hospital under police guard.

The woman was uninjured was arrested.

The pair has been charged with aggravated break and enter, commit serious induction offence-wound and two charges of attempted murder and wound person with intent to cause grievous bodily harm.

Both were refused bail at will appear in Liverpool Local Court today.

The attack is believed to be related to a property dispute. 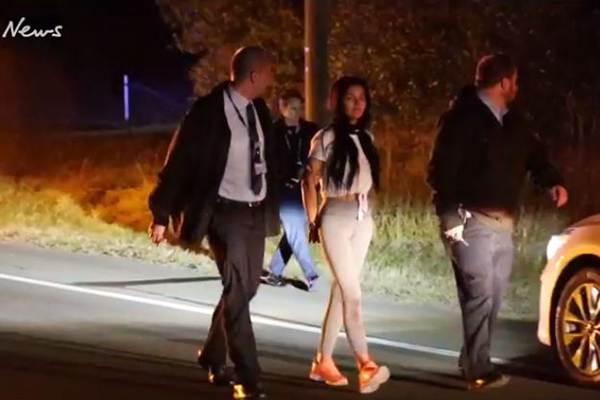 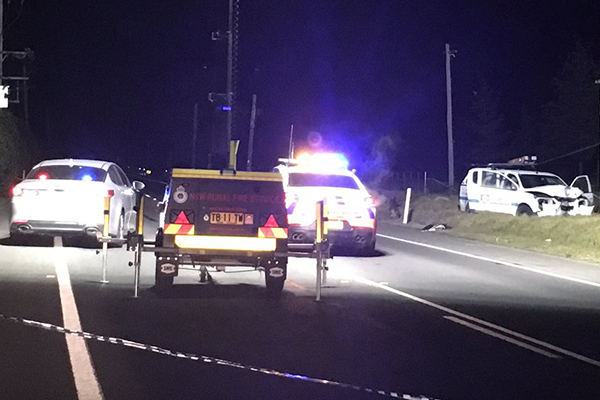 The Northern Road remained closed for much of the morning as detectives investigated.

It re-opened at about 7am.

Two people have been stabbed, and another shot, in a violent home invasion in Sydney’s south-west. Police have cordoned off the area as investigations continue. @2GB873 #MRNews pic.twitter.com/WUc3oc1mxr