‘This is how you sell!’: Gerry Harvey explains the key to his success

They opened their first store in 1961 specialising in electrical goods and appliances under the name Norman Ross.

They went on to sell that chain 1982, and opened Harvey Norman that same year.

Now, they have 200 stores around Australia and another 90 around the world.

Alan Jones is broadcasting live from the Harvey Normal flagship store at Auburn and is joined by the man himself, Gerry Harvey.

He tells Alan despite his success, he was never good at school.

“I thought I’d try university to see if that’d improve me but after two years… I failed there too.”

Gerry says one day it all just “clicked”.

“Then it all came together and I thought, ‘Oh! This is how you sell!'”

Gerry also had a chat with his old mate Ray Hadley, talking about their growing friendship, the price they pay for a decent haircut and Gerry’s plans for the business. 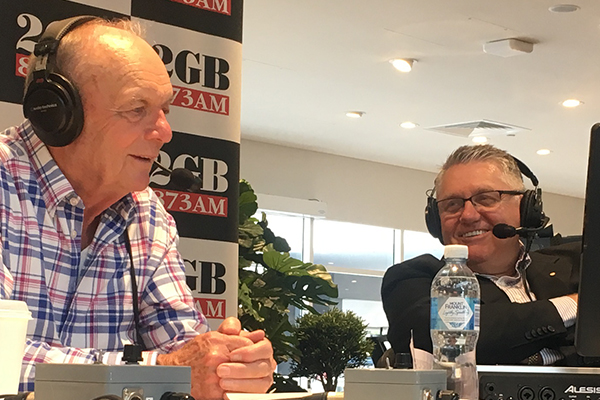 Gerry Harvey and Ray Hadley live at the Harvey Norman broadcast at Auburn.

Gerry chats with Alan and Ray