‘They can’t get out’: Terrified listeners describe out of control bushfires

Terrified listeners have described an out of control bushfire threatening homes on the NSW south coast.

More than 1000 firefighters have spent the day battling blazes across New South Wales amid warm, dry and windy conditions.

There’s still an emergency fire burning on the south coast in the Bega Valley.

Strong winds have been fanning the blazes at North Nowra and near Ulladulla, both of which are now at Watch and Act warnings. 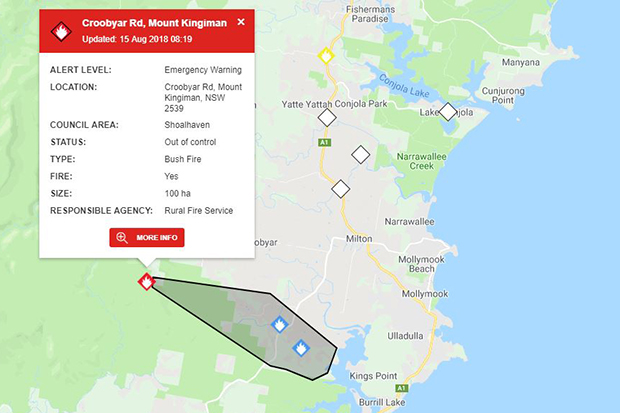 NSW Environment Minister Gabrielle Upton has confirmed the fire at Mount Kingiman started on private property and is not the result of a hazard reduction burn.

Kim was evacuated to Milton Showground and tells Ray, with the wind howling in the background, that people are terrified.

“They’re not going to stop this.”

Brenda calls from Gerringong telling Ray her daughter is trying to evacuate but has been trapped by the fire.

“They’ve got fire at the bottom of their road so they can’t get out.

“They’ve got the car packed but they can’t get out. They’re hoping to go up the mountain to the dam.”

Listener Murry sent in photos to Ben Fordham (see below) from his dad’s house at Burrill Lake, just north of Ulladulla.

His mother and father-in-law have 140 acres not far from the neighbouring suburb of Milton.

Murry says they’ve been hosing down the farmhouse all day but he’s unable to help as the roads are blocked. 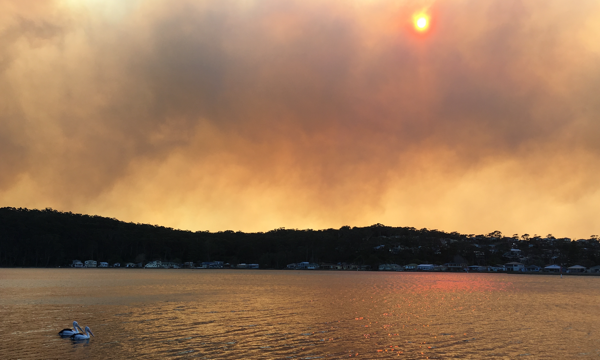 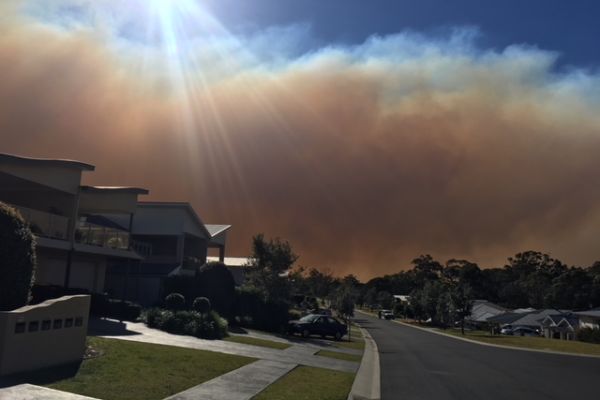 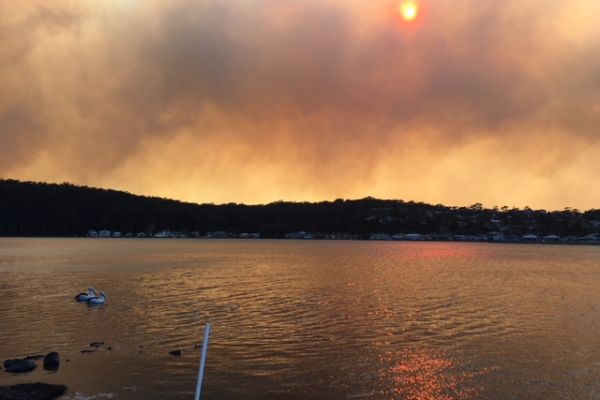 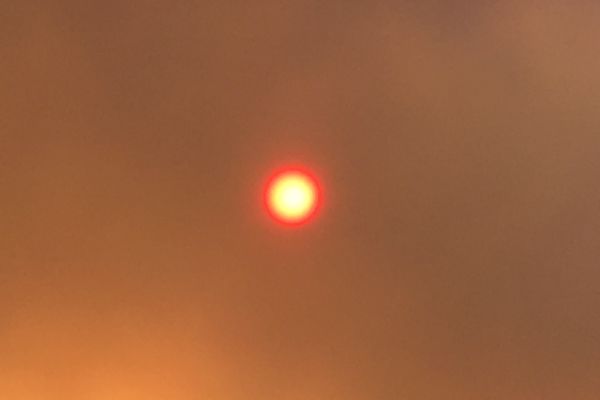 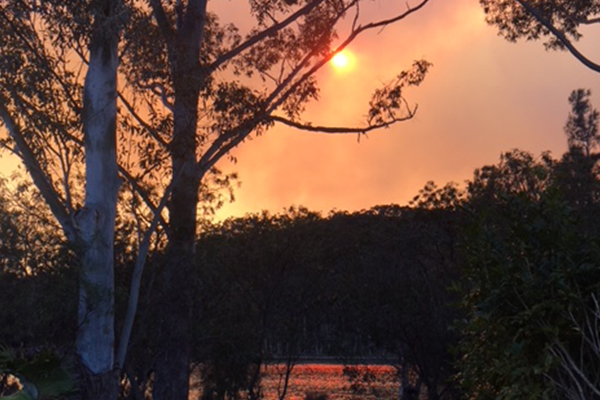 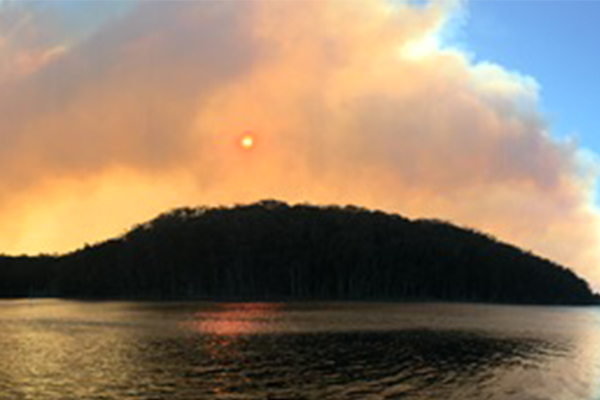 Rural Fire Service Inspector Ben Shepherd tells Ben Fordham the blaze burning in the Bega Valley on the South Coast has been elevated to an Emergency Level.

He says the fire escalated dramatically due to the strong winds.

“We have just been sending emergency warning text messages to homes in the area.

“The time has changed where we’re actually telling those people to seek shelter.”

The Inspector says it’s been an “unbelievable day”.

“This is a day we’d normally see the middle of summer, never in winter.”

It’s one of two fires burning at the highest level in the state, the other near Ulladulla where embers are being blown kilometres ahead of the main fire front.

Thick smoke is hanging over North Nowra, where an emergency bushfire has been downgraded to a Watch and Act alert.

Powerful winds are proving a challenge for firefighters, who are still working to bring the blaze under control.

In the Blue Mountains, a Watch and Act fire at Bilpin which has closed parts of the Bells Line of Road is being controlled.

The NSW RFS has taken drastic action, making the “extremely rare” decision to declare a Total Fire Ban in winter.

Worsening conditions have created a severe fire danger along the east coast of the state.