UPDATE | Telstra has fixed a damaged pit outside a Central Coast shop front.

He’s emailed Ray to say after eight months of delay and no action, “one email to your show and they were here at 8.30am this morning replacing the pit!”

Simon got in touch with Ray Hadley after he became fed up with a Telstra pit outside his shop front.

His Copacabana Cellars store on the Central Coast of New South Wales has six car spaces, but the pit (pictured below) goes across two, rendering them useless due to the danger the pit poses.

He tells Ray he’s already spent hours on the phone to Telstra only to be told the pit won’t be fixed until July 24.

“That’s not good enough. Where is Telstra?” says Ray.

“This is a public roadway and it’s just a disgrace that your organisation, with all the access to money and details that you’ve got, tells the shopkeepers we’ll send someone out on the 24 of July.

“Looking at the condition of the pit, it’s been like that for years.”

See images of the pit below 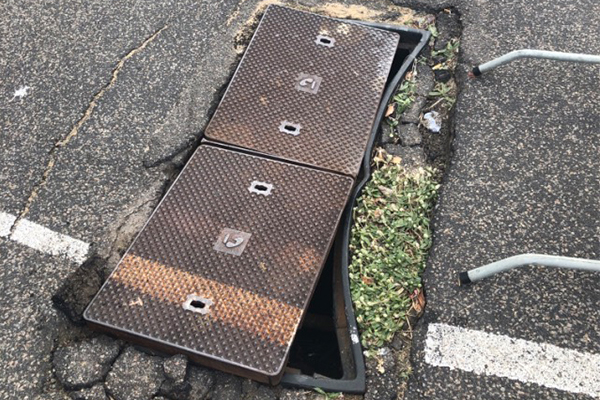 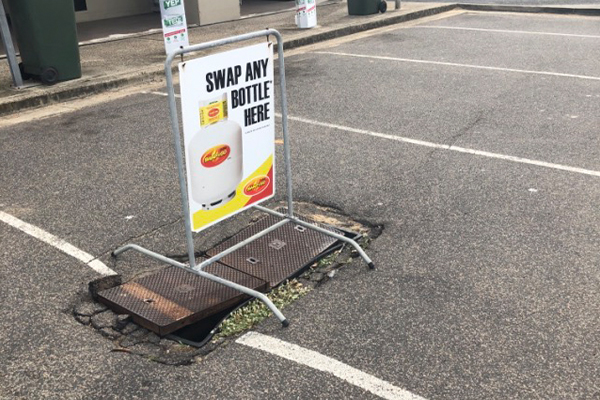 Listen to Ray’s initial comments below