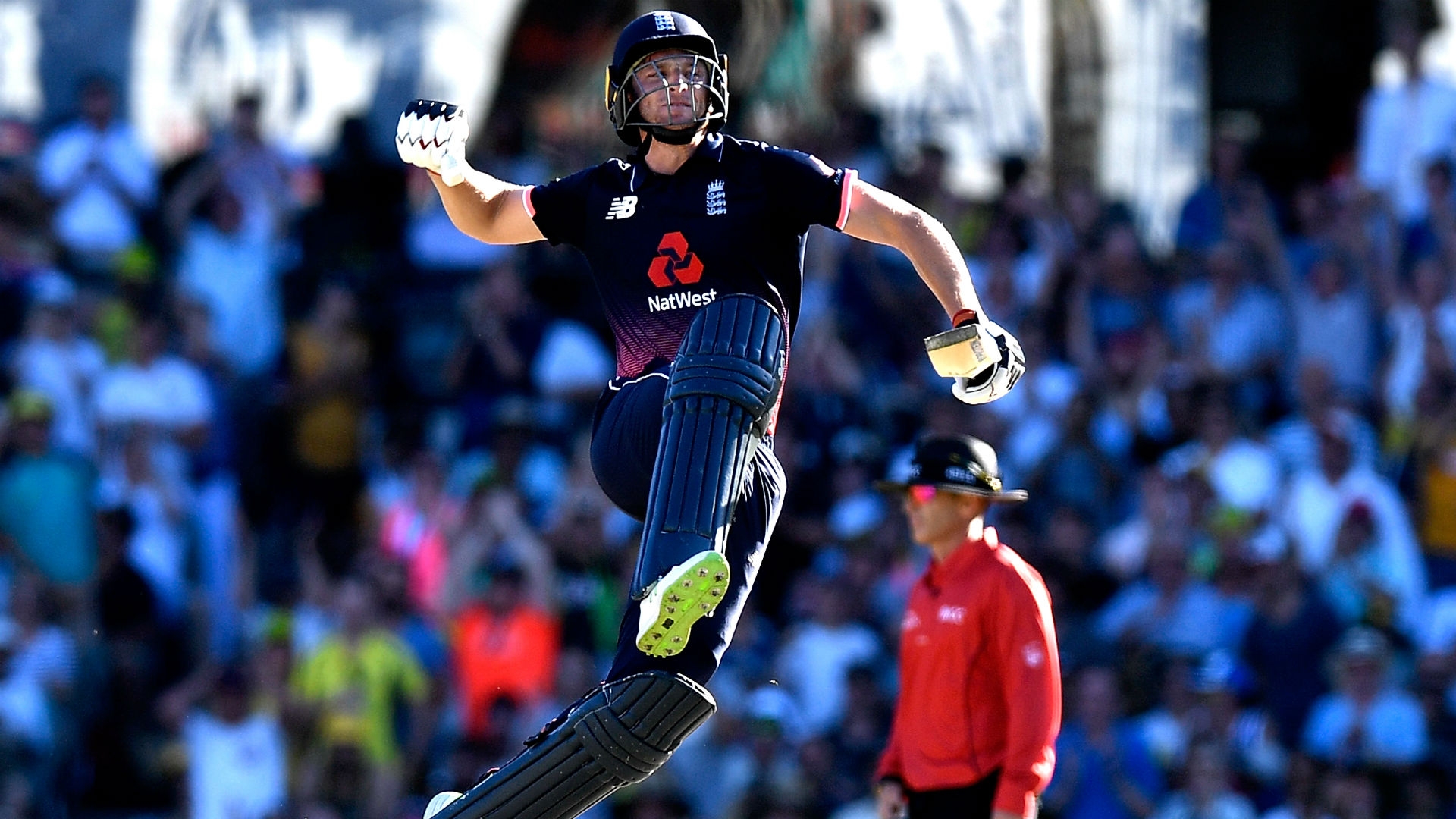 Jos Buttler made a sensational unbeaten hundred as England won the ODI series on Sunday night.

Following a chastening 4-0 defeat in the Ashes, the tourists hold an unassailable 3-0 lead in the five-match series thanks largely to Buttler – who made 100 not out from 83 balls – and Chris Woakes, who contributed a fine 53 off 36 as the pair added an unbroken 113 to propel England to 302-6.

Buttler crashed six fours and four sixes in his knock, reaching fifty from 52 balls before going to three figures in just 31 more deliveries as, combined with Woakes – who struck five fours and two maximums – England plundered 102 from the final 10 overs.

In response, Aaron Finch (62), Mitchell Marsh (55) and Marcus Stoinis (56) all gave Australia hope of keeping the series alive, but the hosts will point to a controversial moment in the 34th over when Steve Smith (45) edged Mark Wood low down to Buttler, with the soft signal on the field given as out before television replays proved inconclusive and the decision was upheld.

England restricted Australia to 286-6 and victory will taste even sweeter given they got just 1.2 overs out of Liam Plunkett before he departed with a left hamstring injury, Joe Root picking up the slack in his stead and going for an expensive 0-60 from his 8.4.

Liam Plunkett is having his left hamstring iced. He’s unlikely to return.

Australia had their first-choice pace trio back together and it was Pat Cummins who struck first as Jason Roy (19) drove to cover, Alex Hales departing for just one soon afterwards by lofting Stoinis to mid-on.

Jonny Bairstow (39) and Root (27) got starts, but when the latter fell England were teetering on 107-4 and, following a stand of 65 between Buttler and Eoin Morgan (41), the captain edged Josh Hazlewood behind.

Moeen Ali (6) failed to make the most of his second chance after a dreadful drop by Cameron White as he played on to Marsh and Woakes joined Buttler in adopting a patient approach at first before accelerating in the final overs.

Buttler enjoyed a slice of luck on 70 as Adam Zampa grassed a tough chance running in from long-on, a drop that preceded a 49th over which yielded 24 runs for England as Cummins received some punishment.

Woakes managed to get off strike for the final delivery as Buttler scampered the two he needed for a fifth ODI hundred and England carried that momentum into the field as David Warner chipped Woakes to cover for just eight and White (17) edged Wood behind.

That brought Finch and Smith together on 44-2 and the pair added 69 – the opener moving past fifty with back-to-back sixes off Root after Plunkett’s withdrawal.

Adil Rashid trapped him in the next over, however, and Marsh and Smith made serene progress until the captain was sent on his way by the TV umpire – much to the batsman’s obvious disgust as boos rang out round the SCG.

Marsh thumped Rashid over cover to reach fifty, but the leg-spinner soon gained his revenge as the all-rounder holed out to long-on. Stoinis kept the home side in it, but some well-executed death bowling from Rashid, Wood and Woakes ensured Buttler’s heroics were not in vain.