‘Sorry Matt, you look like an idiot’: NSW Cabinet Minister caught on camera

NSW Cabinet Minister Matt Kean has been caught on camera boasting political “skulduggery” led to a railway in his electorate being “bumped up” the list for a lift.

Bragging to residents outside the small Hawkesbury River station, the Innovation and Better Regulation Minister confesses Treasurer Dominic Perrottet ordered the station jump the queue because he thought it was in his electorate.

“I had to break the news to him, it’s actually my electorate, so a good result,” the Minister can be heard saying as the crowd laughs.

He’s since palmed off the incident as a “light-hearted joke”. 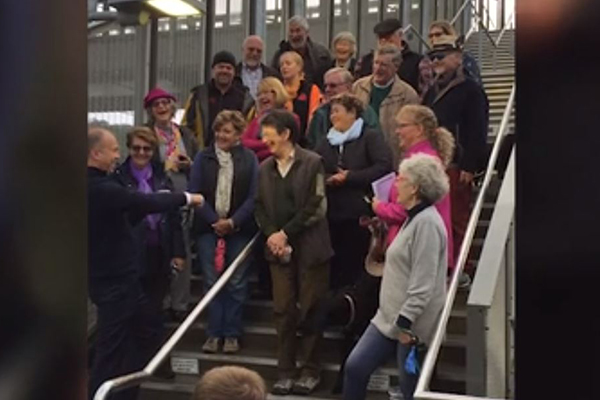 But Ben Fordham isn’t laughing, instead, calling out the Minister for his embarrassing behaviour.

“It’s all funny until someone hits record and then Matt Kean, you end up looking like an idiot.

“I’m sorry Matt, you look like an idiot, because the person who will least appreciate that is the Treasurer Dominic Perrottet.

“Even if you’re joking, you’re suggesting that the Treasurer was going to lift this up the list because it’s in his own electorate.

“Matt, you’re smarter than that buddy.”

This comes as Tuesday’s state budget will see extra $113 million for station accessibility upgrades, Hawkesbury River is one of 11 stations to receive funding.

Listen to the full story below