The mayor of a major regional city has been caught on tape making an embarrassing gaffe.

It was initially supposed to cost $30 million but has now blown out, with the final figure estimated at closer to $90 million.

And, the new council chambers will reportedly be smaller than the current ones.

The voting was locked at 4-all with Mayor Denise Knight casting the deciding vote in favour of the development.

Ray Hadley has revealed a secret tape where Mayor Knight, Deputy Mayor Tegan Swan and General Manager Steve McGrath were caught hatching a plan to stop those opposed to the development.

Obviously having forgotten council meetings are recorded, the Mayor finished by saying this.

“Jesus Christ, don’t vote for the rescission motion, it makes us look like cripples.”

Click PLAY below to hear the explosive audio + full story

Initially, Mayor Knight denied the accusations saying she “categorically refuted that she would ever use the term ‘cripples'”.

But when The Ray Hadley Morning Show sent the mayor audio of her comments she backtracked an “unreserved apology”.

See the email chain below 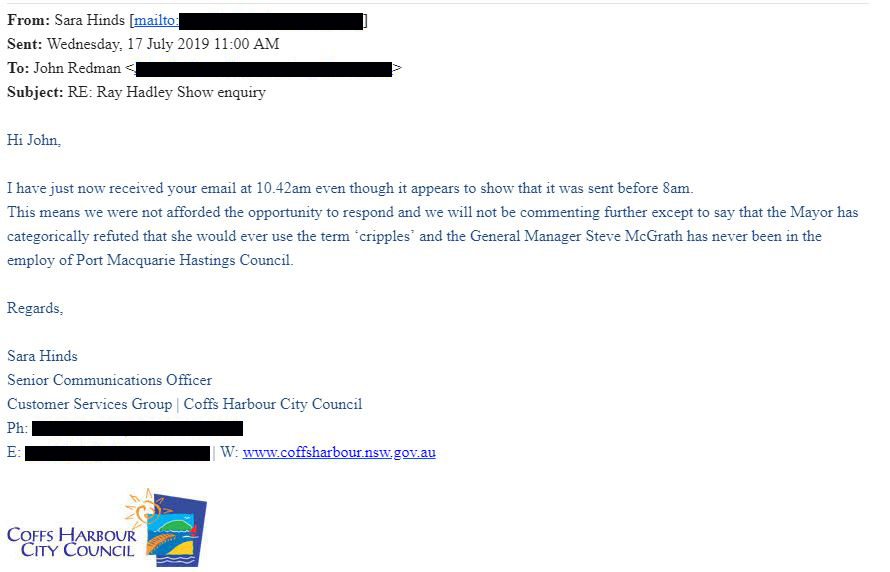 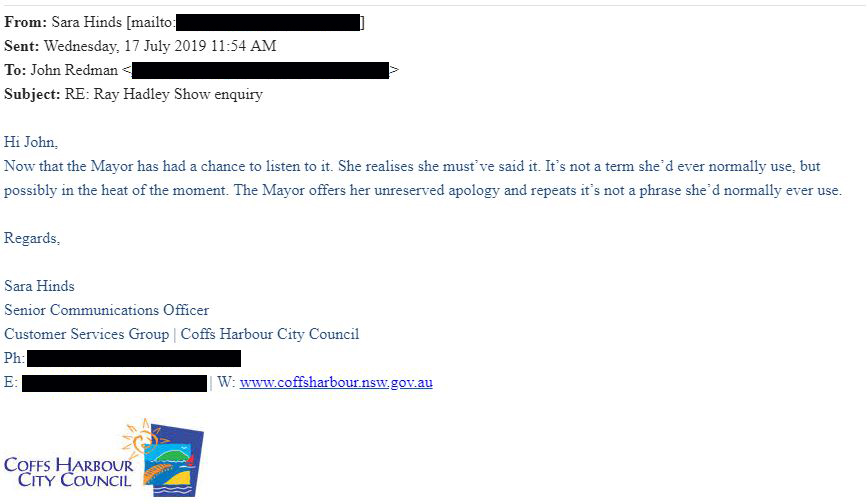