A sea fog has descended on some Sydney beaches.

A southerly wind has pushed a pocket of warm air over cooler seawater, creating a cloud of fog as large as the Sydney metropolitan area.

Listener George has sent in a photo of the fog from Artarmon in Sydney’s north. 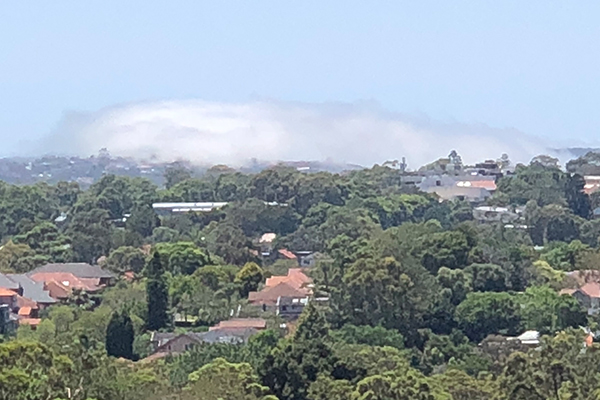 It has swept up onto the sand at beaches in the city’s east, including Bondi and Coogee.

Sydney’s Northern Beaches has also been blanketed by the fog, with listener John calling in from Long Reef Golf Course.

“You can’t see your hands!” he tells Michael McLaren.