The Royal Australian Mint has revealed a new round of $2 coins for circulation.

The coins have pressed red and black poppies for a design that commemorates the centenary of the Armistice, which ended World War I.

See the new coin below 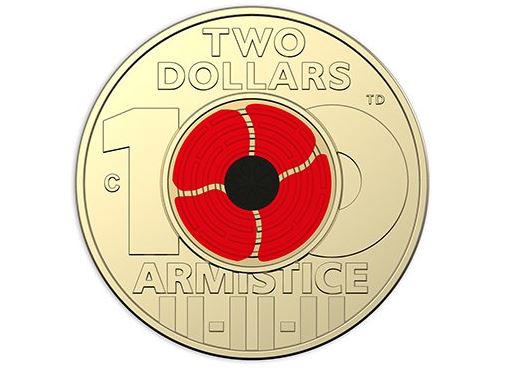 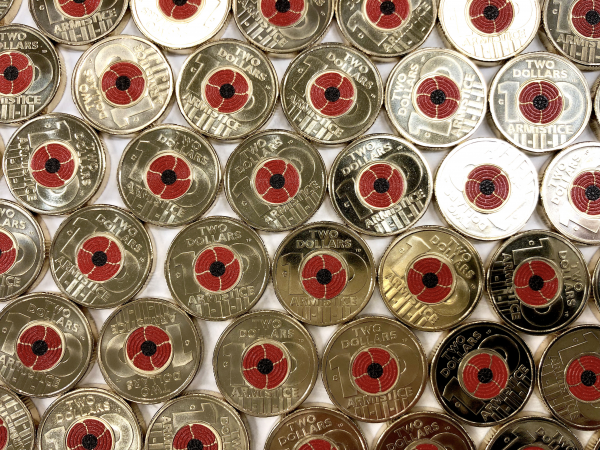 The coin was unveiled at The Australian War Memorial’s Sculpture Garden on Tuesday at the display of 62,000 hand-crafted poppies.

Director of the Australian War Memorial Doctor Brendan Nelson says the coin will “serve as a tangible and visible reminder to all Australians… of the fight for our nation’s freedom”.