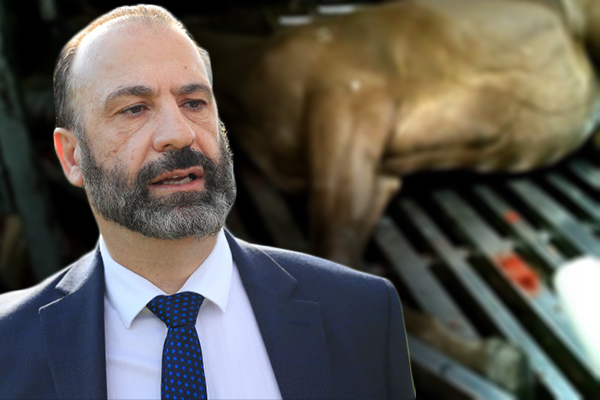 The head of Racing NSW has responded to an ABC report claiming there is “widespread slaughter of racehorses” across the industry.

The “undercover investigation” alleges hundreds of thoroughbreds have been taken to knackeries in New South Wales, despite rules stating retired racehorse should be re-homed.

“There’s no people that look after their animals better than what the thoroughbred people do. They treat them like family.

“And to take one or two people that do the wrong thing and portray a whole industry like that is completely unfair and unjust.”

Mr V’Landys reveals the ABC refused to return his calls pointing out their inaccuracies.

“The story was quite misleading because this is not happening in New South Wales. We’re proud of our record here.

“The horses that the ABC identified, in actual fact, weren’t in our jurisdiction.

“They were sold many years ago as pleasure horses and the ABC never returned our calls to give them that advice.

“We were proud that once we did the investigation there wasn’t one horse that had got through the system.”

Alan Jones has long been involved in the racing industry as an owner, and says the story is just another example of the ABC “trying to ruin the lives of others”.

In fact, the reporter responsible for the story was the same one brought down the greyhound industry.

“The suggestion that people in racing don’t look after their animals is offensive,” says Alan.

“I’m up to my neck in the racing industry. We treat them as our family. These horses are treated like kings.”

Alan has spoken with one of the trainers who was targeted in the story, David Pfeiffer.

He was accused of slaughtering his horses but Alan says it’s simply not true.

“David Pfeiffer is a mess today. On social media, he’s copping a hammering.

“We have spoken to David Pfeiffer… the horse in question was sold three and a half years ago.

“This sort of stuff is disgusting, disgraceful and dishonest,” says Alan Jones.

Peter V’Landys reveals he’s also been the victim of vile abuse and even death threats since the story went to air.