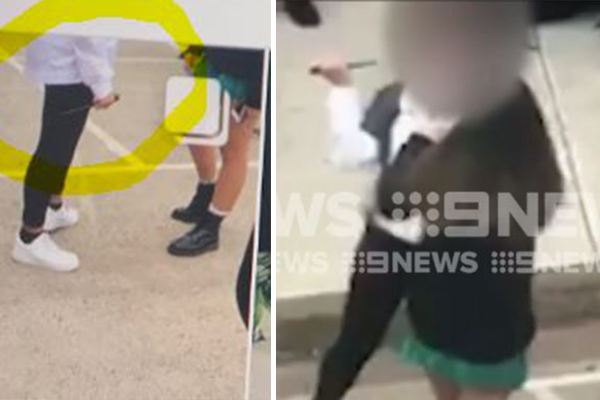 The principal of a school involved in an alleged knife incident has blamed students for “tarnishing the name of the school”.

A parent from Tuggerah Lakes Secondary College Tumbi Umbi Campus has written to the Ray after footage of the incident was leaked to the media.

Principal Shayne Player reportedly blamed students, saying they are “tarnishing the name of the school” and “future declines in enrollment numbers” will be their fault.

The email then goes on to say the student who brought the knife is to return to school only four days after the incident, while another student received a 21-day suspension for pushing a teacher at the same school.

The NSW Department of Education has told Ray they have a “zero tolerance policy towards bullying, violence and harassment”, saying a suspension is mandatory.

The Principal of the school was at the centre of a different scandal last year when she told female students to lower their hems, saying “it’s not fair to the male teachers to have to see the bits that make you female”.

“I think they need to find a non-teaching role for her somewhere in the Education Department where she doesn’t have to deal with children,” says Ray.

Listen to Ray’s comments on the incident below

UPDATE | Principal boots the victim of attack off school’s netball team for her involvement.

Principal Shane Player can’t seem to get it right.

Not only has she come after the victim of the attack, booting her off the school’s netball team, she has also suspended the student who came forward to hand in visual footage of the incident, after telling students there would be no punishment.

Jane, mother of the student who filmed the incident, tells Ray her son was unfairly suspended

She tells Ray Player addressed the school, calling for students who had footage to come forward, assuring them they wouldn’t be punished.

When Jane’s son came forward, he was kept in the school office the entire day before he was suspended.

Jane: “If he was filming a fight, I’d take his phone off him… that’s not okay.

“But this is a totally different situation.”

Listen to Ray’s update and the call from Jane below

See the full email from a concerned parent below 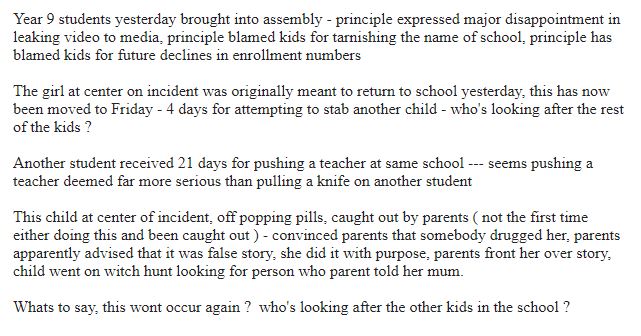 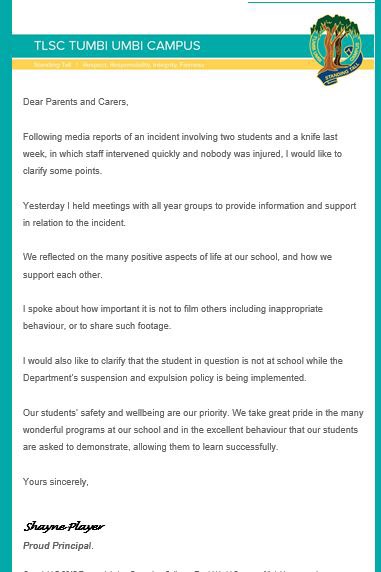