A pregnant woman has been repeatedly stabbed by a child during a home invasion in Sydney’s north.

Just before 9pm, the 33-year-old mother-to-be disturbed an intruder at her home on Gloria Close at Mt Colah.

She was stabbed several times in the abdomen and chest before the assailant fled the scene.

The woman went to her neighbours for help and was rushed to Royal North Shore Hospital by ambulance.

#MtColah: A woman in her 30s has been stabbed during break-and-enter and has been taken to RNS Hospital in serious condition. 14yo boy arrested at nearby home. @2GB873

She has undergone surgery and remains in a stable condition with her unborn child expected to be ok.

Police descended on the area and within an hour arrested a 14-year-old boy on a nearby street.

A pregnant woman has undergone surgery after she was stabbed during a home invasion at #MtColah. A 14yo boy was arrested nearby and is under police guard in hospital. @7NewsSydney pic.twitter.com/z5jrhgFWDY

He’s been taken to hospital, requiring surgery for wounds to his hands.

Police are waiting to formally speak with him while an operation is ongoing at the scene of the crime. 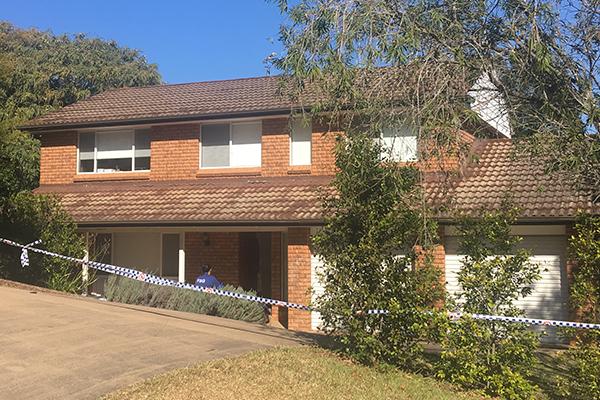