West Sydney airport city to be named Bradfield – but who was he?

Following the recent announcement that Sydney’s third city near the new western Sydney airport will be called Bradfield, Michael speaks with Emeritus Professor Peter Spearritt, School of Historical and Philosophical Inquiry Faculty of Humanities and Social Sciences at the University of Queensland, about the accomplishments and legacy of John Bradfield.

John Job Crew Bradfield CMG (26 December 1867 – 23 September 1943) was the Australian engineer best known as the chief proponent of the Sydney Harbour Bridge, of which he oversaw both the design and construction, although detailed design work had been carried out by civil engineer Sir Ralph Freeman.

Although he was a Queenslander by birth, he worked for the New South Wales Department of Public Works from 1891 to 1933 and was the first recipient of an engineering doctorate from the University of Sydney.

The Harbour Bridge formed only one component of the City Circle, Bradfield’s grand scheme for the railways of central Sydney, a modified version of which was completed after his death. 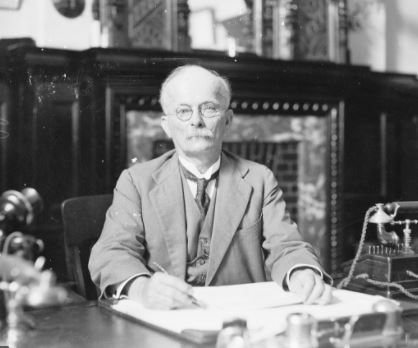