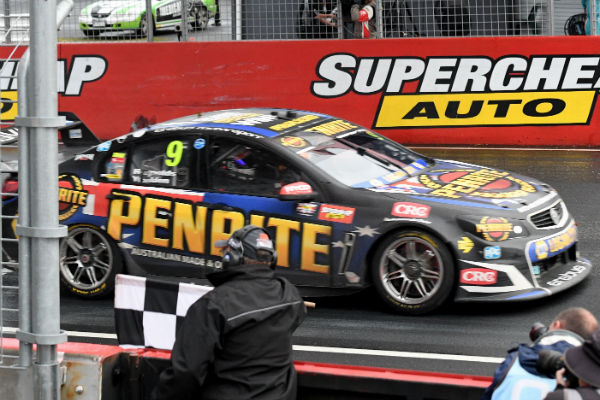 I was pleased a Commodore took the chequered flag at the Bathurst last Sunday. Even more pleased it was David Reynolds in the Commodore of Erebus Motorsport. Team Owner Betty Saunders-Klimenko is not your average team owner – with heavily tattooed arms and pink or purple hair it’s hard to believe she nearly a billionaire. The heiress to the Westfield fortune Betty she has had a remarkable life – a blue-eyed orphan, conceived in a Jailhouse cell to a drug addicted prostitute – the father, her mother’s arresting police officer. Put into an orphanage at just seven weeks Betty was fortunate to catch the eye of John Saunders, a man who had spent five years in a German Concentration Camp arriving in Australia in 1950 with his bride and little else. Teaming up with another Hungarian immigrant Frank Lowy, the duo formed Westfield and the rest is history. Betty Saunders-Klimenko has had many highs and lows – her win at Bathurst a most worthy high. I met John Saunders in Caltex House in the 1960’s – his life a remarkable success story – his father and brother both gassed at Auschwitz. A workaholic like his partner Lowy, Saunders died in 1994 aged 74. When Charlie Teo saved my daughter Jane’s life in 2010 I wanted to give his Foundation something in return – the solid silver Spirit of Ecstacy mascot from my 1913 Rolls-Royce seemed fitting –after all, Janes survival had been our spirit of Ecstacy – this rare mascot was bought at auction by none other than Betty Saunders-Klimenko