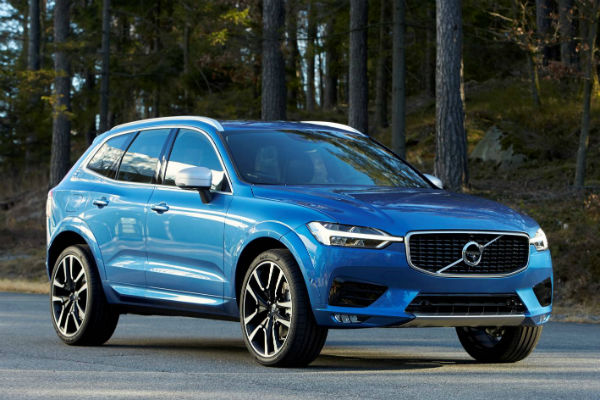 Volvo hasn’t had the best of years with sales down 17.2 per cent in the first seven months so the arrival of an all-new model of its top-selling XC60 SUV can’t come soon enough. Due next month the latest Volvo XC60 arrives in three models, the Momentum, Inscription and the more sporty R-Design. The outgoing XC60 has been enormously successful worldwide for the Swedish car maker – over nine years it sold nearly a million units representing around 30 per cent of Volvo’s global sales. The new model comes in five powertrains – D4 and D5 diesel, T5 and T6 petrol, the T6 a rather potent turbo-charged and supercharged engine with 235kW’s of power – Top of the range is a new twin engine T8 petrol plug-in hybrid with 300kW of power and a 0 to 100km time of just 5.3 seconds. There’s a swag of new safety elements on the new Volvo XC60 as you’d expect however prices have also risen. I’m David Berthon