Michael speaks to Peter Ford, Entertainment reporter & John Stanley regular, about the life and career of the much-loved Brian Henderson AM (15 September 1931 – 5 August 2021), the Gold Logie-winning Australian radio and television personality who died yesterday at the age of 89.

Known for his long association with the Nine Network in Australia, Henderson was a television news anchor, variety show presenter and host of Bandstand, the Australian version of the US music program American Bandstand.

Nicknamed ‘Hendo’, he holds the record for being the longest-serving television news presenter, having read either the weekend or the weeknight news on Sydney station TCN-9 from January 1957 until his retirement in late November 2002.

Peter Costello, Chairman of Nine said yesterday, “Brian Henderson was the best of the best, he was iconic. The ultimate professional and the trusted face of television news for generations of Australians.”

“Hendo was not just a much loved newsman, he also brought modern pop music to generations of Australian teenagers through his hosting role on Bandstand.”

“He was trusted, he had a warmth that he brought into the living rooms of millions of Australians. He will be deeply missed but his giant legacy and contribution will live on in the DNA of Nine.” 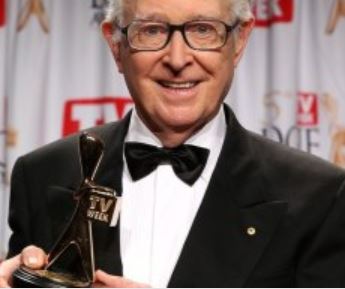