Following the release of around 2,700 declassified CIA documents on unidentified flying objects, Michael is joined by Catriona Donnelly, Curator of The National Archives exhibition ‘Out of This World: Australia in the space age’, regarding the hundreds of reports of UFO sightings held, and on available for viewing, at the NAA.

Between January 23, 1960, and December 30, 1971, the RAAF received 595 UFO reports. Of these, the department assessed that “93 per cent were explainable by present scientific knowledge” which leaves 7 per cent lacking sufficient information for proper analysis or could be attributed only to “unknown causes”.

Ms Donnelly discusses the UFO records held at the exhibition, the rise of public interest in UFOs due to the Cold War & space race, and highlights a letter written by a 13 year old to Prime Minister Harold Holt, raising her concerns about UFOs and alien sightings. 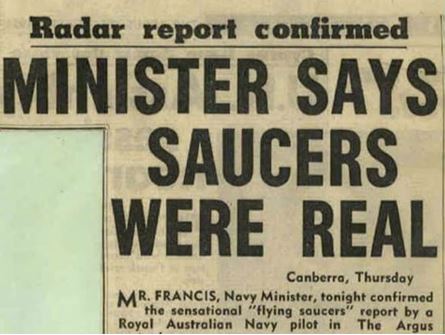