Michael is joined by Anna Funder, the Australian writer & author of ‘Stasiland’ (which tells stories of people who heroically resisted the communist dictatorship of East Germany), on the anniversary of the removal of ‘Checkpoint Charlie’ – which was designated as the single crossing point (on foot or by car) for foreigners and members of the Allied forces between East Berlin and West Berlin during the Cold War (1947–1991).

East German leader Walter Ulbricht agitated to get the Soviet Union’s permission to construct the Berlin Wall in 1961 to stop emigration and defection westward through the Border system, preventing escape across the city sector border from East Berlin into West Berlin.

Checkpoint Charlie became a symbol of the Cold War, representing the separation of East and West. Soviet and American tanks briefly faced each other at the location during the Berlin Crisis of 1961. 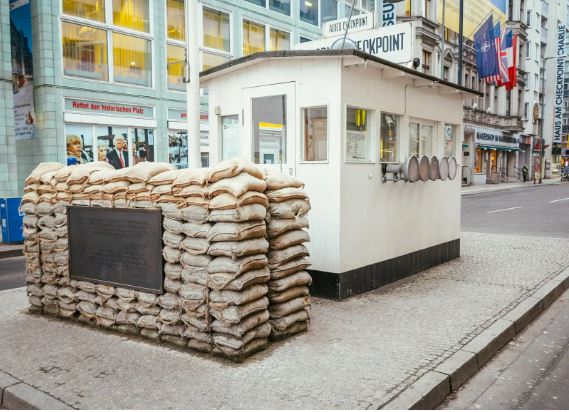