Below is the full text of the open letter…

Grace and peace to you. We pray for you and your fellow parliamentarians often.

Australians are the world’s most prolific gamblers, with poker machines causing over half our losses. So, we ask you to form a ‘unity ticket’ for poker machine reform to leave NSW a legacy that reaches past party politics.

As pastors, we can’t remain silent as we hear from people experiencing gambling addiction, who are at risk of physical self-harm, family members impacted by gambling harm facing repossession of a car or furniture, or even children going hungry.

For this reason, we invite you both to meet with the two of us to discuss bipartisan reform towards meaningful poker machine harm minimisation.

We thank God that both of you have a strong social justice conscience. We have heard you each express concern about the devastating impact of gambling harm in our state.

It is urgent that you act now. Recent research reports the prevalence of harmful gambling has continued to rise over the last decade. The NSW Treasury budget papers project taxes on gaming devices in clubs and hotels alone will grow to over $2 billion in the next financial year, with an average annual growth rate of 12.55% over the next four years. And gambling taxation is rising as a share of NSW Government revenue.

We lament that it could be said NSW and its government have the world’s biggest, most destructive gambling addiction, and a growing reliance on a truly regressive and socially destructive form of taxation.

“Whoever oppresses the poor shows contempt for their Maker, but whoever is kind to the needy honours God” (Proverbs 14:31).
The Bible also reminds rulers to “Speak up and judge fairly; defend the rights of the poor and needy” (Proverbs 31:9).

We are not interested in political point-scoring or partisan politics. We believe that there are concrete reforms that both the government and the opposition can commit to in the long term, for example:

An important first step to signal a bipartisan approach would be both to commit to not signing any new MOUs with the NSW pubs and clubs industry regarding poker machine regulation. MOUs before previous state elections have limited the conversation around meaningful gambling reform and harm minimisation.

We eagerly await your replies to our invitation. 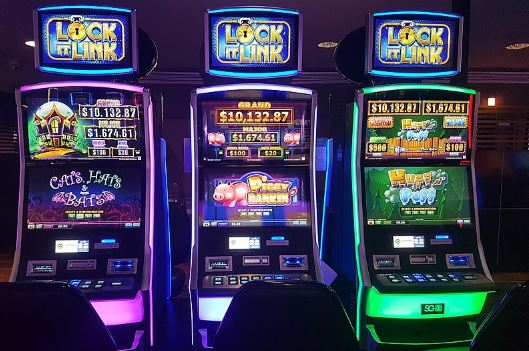