I drove the new fourth-generation Suzuki Jimny this week, on Melbourne’s 4 x 4 training and proving ground this week. Since 1970 over 2.85 million Jimny’s have been sold. This fourth-generation model has body frame torsional rigidity that is 1.5-times higher than the outgoing model and it feels extremely rugged – for a light 4 x 4 it’s highly equipped with comfort and convenience features powered by a new 1.5-litre 75kW engine. In five-speed manual $23,990, in four-speed automatic 25,990, the automatic the nicer drive in my opinion. With a part-time 4WD system, low range transfer case, good approach angles and ground clearance the Suzuki Jimny handled the rough easily. The Jimny was born in an era when there were few similar sized 4 x 4’s – today there’s a raft of slightly larger SUV’s that offer competent off-road performance in a far more comfortable way –a short wheelbase on Jimny means that when the going gets tough the ride quality gets rough. I came away with praise for its off-road ability but with no idea of how it would drive on bitumen. On top of that I was no sooner back in the office and a media release lobbed from ANCAP giving the diminutive Suzuki a three star crash rating. In their words. “The Jimny misses the mark with structural and design weaknesses, poor protection of pedestrians and cyclists and lack of effective safety aids. Engineers observed a number of issues in the frontal offset test including excessive deformation of the passenger compartment.” I’m David Berthon 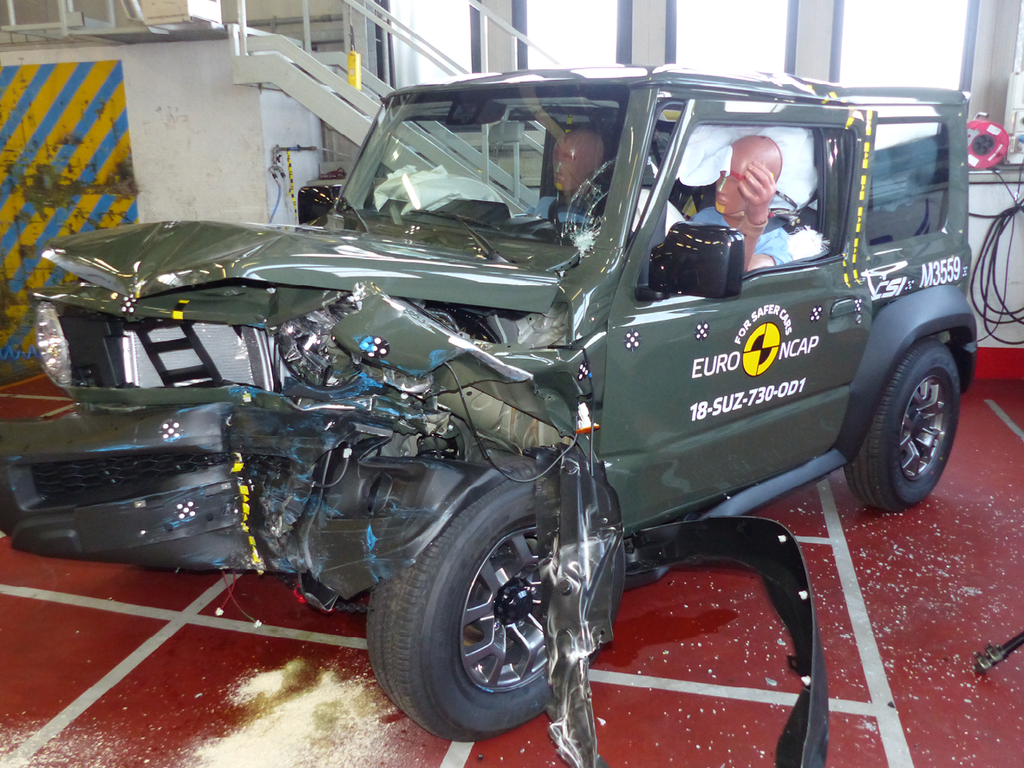