Professor Michael Bell, Professor of Ports and Maritime Logistics, University of Sydney, joins Luke Grant regarding the ‘Ever Given’ supertanker that was wedged in the Suez Canal.

In the early hours of March 23, the Ever Given was blown off course by high winds on its way through the Suez Canal.  At 400 metres long, the ship is longer than the canal is wide, and the ship became wedged firmly in both banks, completely blocking traffic.

With estimates of up to $12bn worth of goods being stuck in the jam and coming on top of the COVID-19 pandemic, the event highlights the fragility of global supply chains and is likely to accelerate changes in the world economy, says Professor Bell.

‘About 10% of the world’s maritime trade passes through the canal, which allows ships to shorten the trip between Europe or the American east coast and Asia by thousands of kilometres, saving a week or more of travel time’, he writes.

‘Around 50 ships a day pass through the canal under normal circumstances, split almost equally between dry bulk carriers, container carriers (like the Ever Given) and tankers.’ 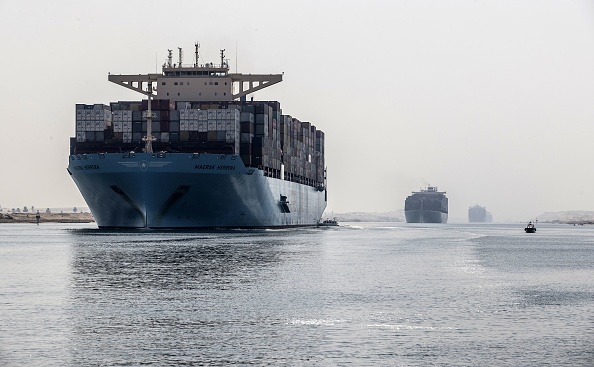