Luke Grants tracks down Peter Cochran, Former Member for Monaro & owner/operator of Cochran Horse Treks, who is currently on a trek through the mountains on horseback with a bunch of friends in prime brumby territory.

This follows a report that hundreds of brumby horses were released into the Kosciuszko National Park over the past year, sparking criticism that government policy is undoing the benefits of programs to rein in the habitat-damaging animals.

Let’s not forget that the Victorian and ACT governments have plans to shoot brumbies in their alpine areas, but over their borders in NSW the law bars culling and protects horse “heritage value”.

But if they are catching them and putting them through that ordeal just to release them, what the hell is going on 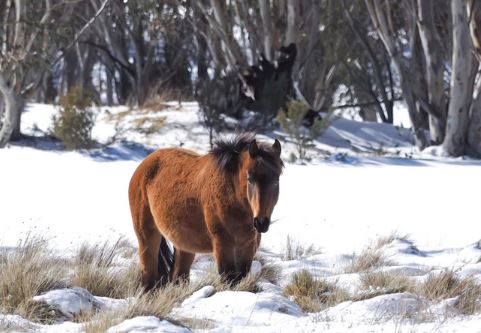