Michael is joined by Rod Tiffen, Emeritus Professor in Government and International Relations at the University of Sydney & author of ‘Rupert Murdoch: A Reassessment’, about the career of Rupert Murdoch, the Aussie-born American newspaper publisher and media entrepreneur who founded the global media holding company News Corp. who turns 90 this week.

After his father’s death in 1952, Murdoch took over the running of The News, a small Adelaide newspaper owned by his father. In the 1950s and 1960s, Murdoch acquired a number of newspapers in Australia and New Zealand before expanding into the United Kingdom in 1969, taking over the News of the World, followed closely by The Sun.

Through his company News Corp, he is the owner of hundreds of local, national, and international publishing outlets around the world, including in the UK (The Sun and The Times), in Australia (The Daily Telegraph, Herald Sun and The Australian), in the US (The Wall Street Journal and the New York Post), book publisher HarperCollins, and the television broadcasting channels Sky News Australia and Fox News (through the Fox Corporation). 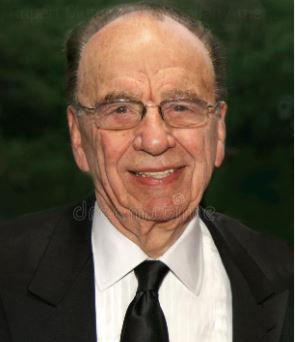