Mitsubishi’s Outlander SUV – around for a long time but remains the fifth best-selling medium SUV. 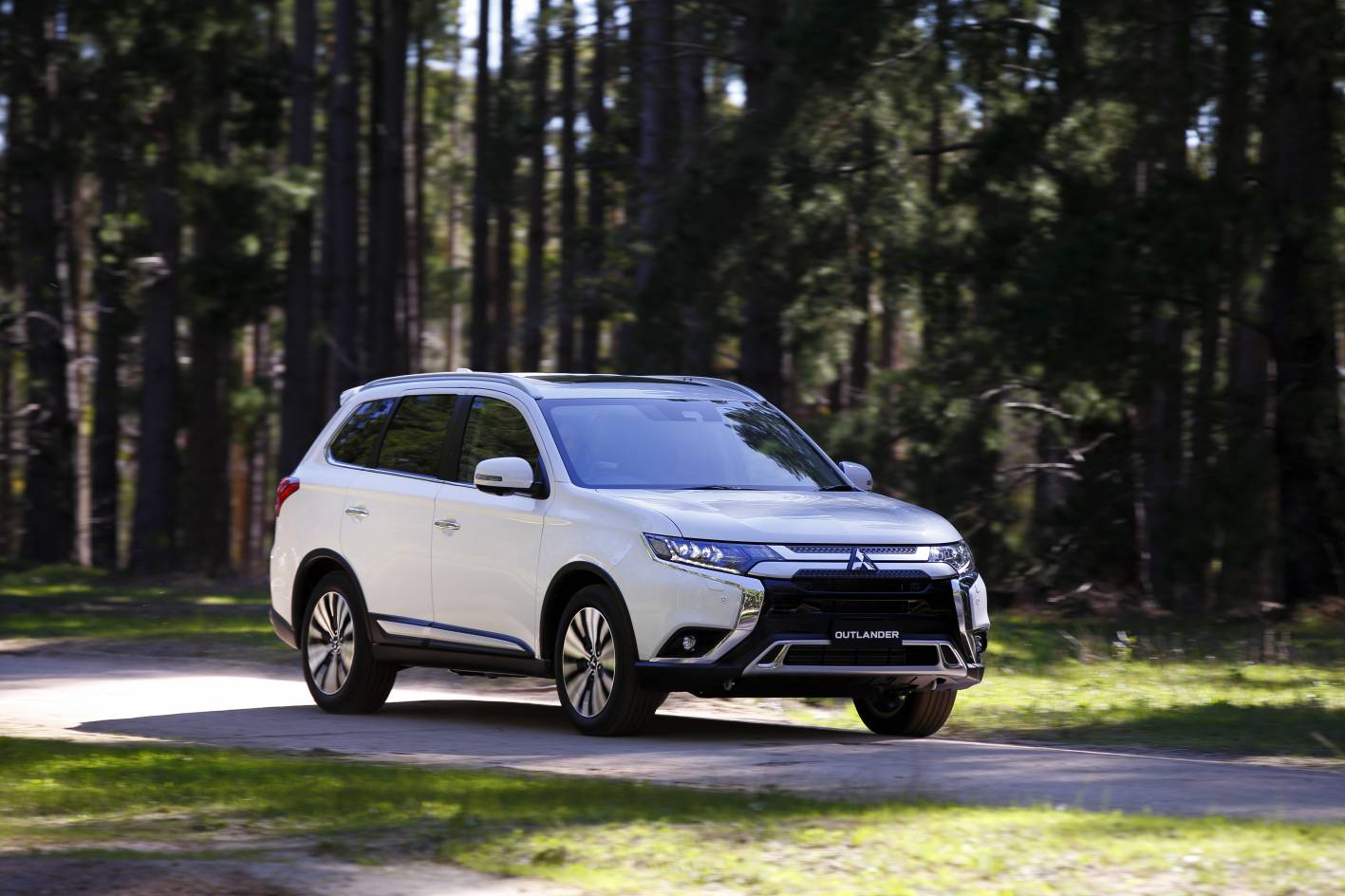 Mitsubishi’s popular Outlander SUV has been around in its current guise for a long time however it remains the fifth best-selling medium sized SUV and ticks most of the boxes – five front drive and five all-wheel-drive models all gained more specification last September but also grew in price – I tested the top-spec 2.4-litre all-wheel-drive automatic Exceed seven-seater at $43,290. But for most families the front–wheel-drive models will satisfy, especially if they’re used mainly around town. I think many families today buy four-wheel-drive variants when most of their motoring is on the sealed roads – four-wheel-drive adds weight, adds to fuel consumption and the extra weight put more stress on the drive-line and increases brake wear. The latest ES entry grade automatic Outlanders now gain autonomous emergency braking however the manual variant doesn’t – other upgrades dusk-sensing headlights and rain-sensing wipers.

A new 8-inch colour touch screen is a big improvement while air-conditioning controls get a make-over, power adjustment for lumbar support has been added to the driver’s seat, the second row bench seat has been re-designed with better cushioning and there’s another USB port fitted in the rear. All Outlanders feature a reversing camera, rear parking sensors, and dual-zone air-conditioning with rear air-ducts under the front seats. There’s not much to criticise – best as a five-seater rather cramped in the rear row as a seven seater, mainly for children. 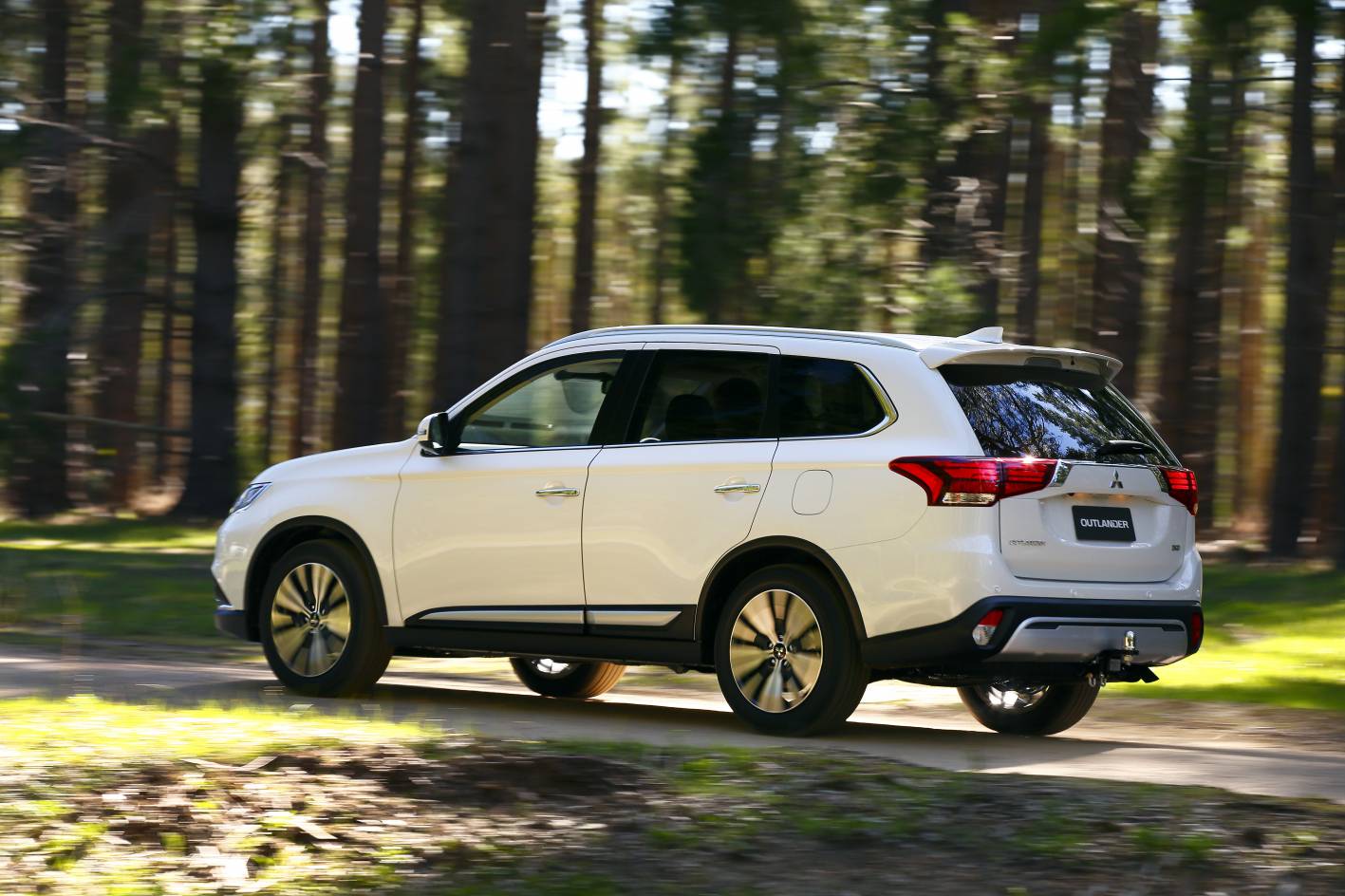 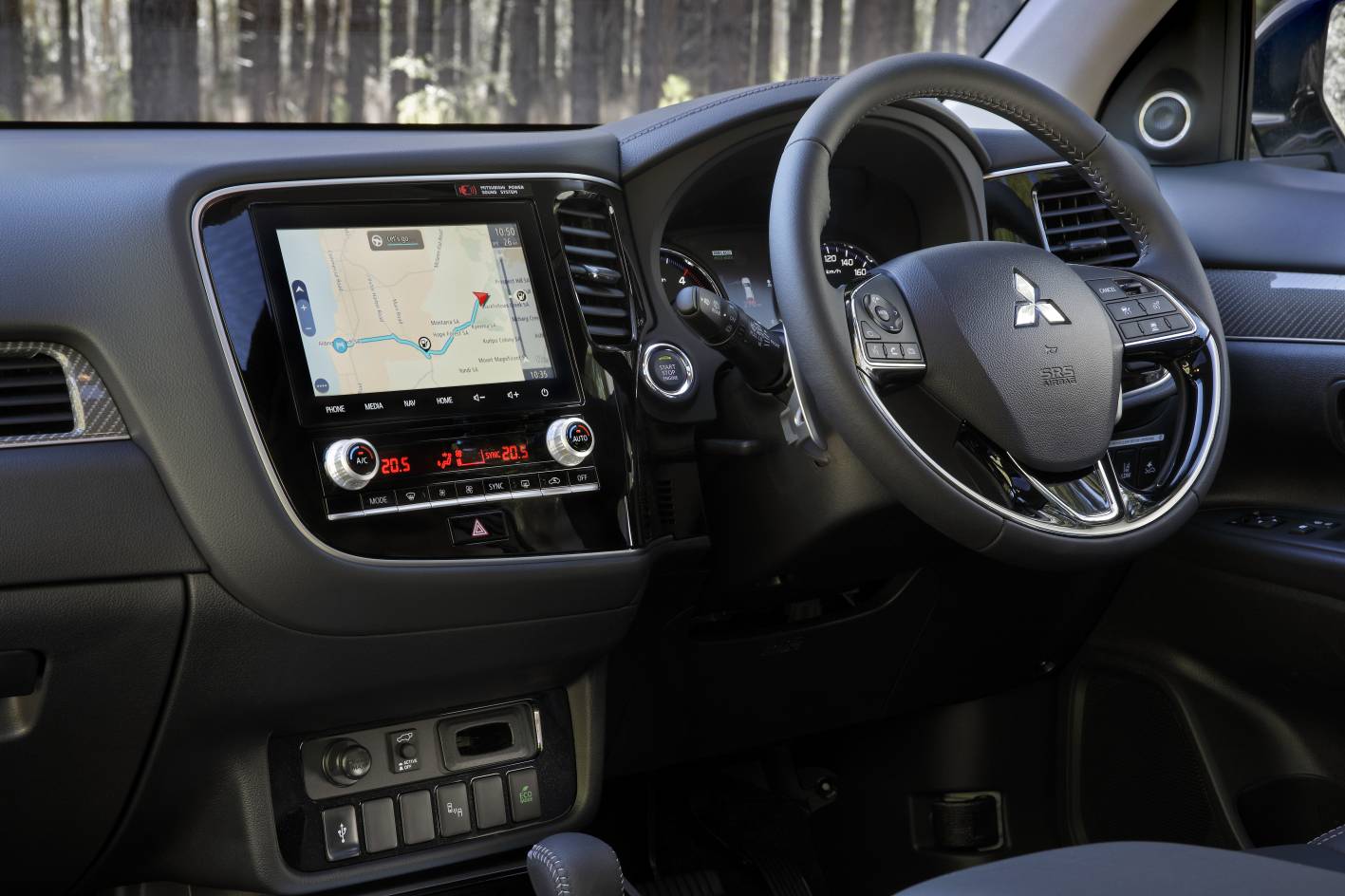