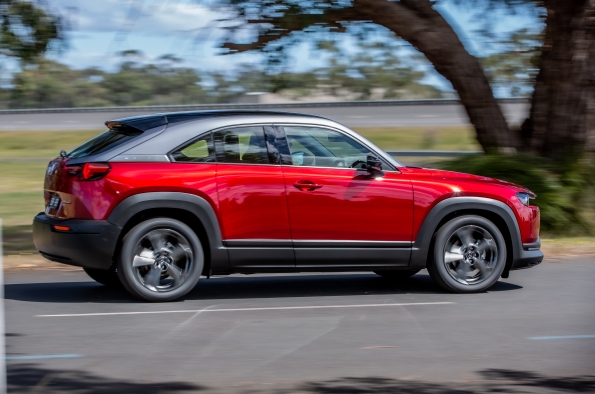 Talking about Mazda’s first hybrid, the MX-30 SUV launched in April. Three grades spanning from $33,990, all 2.0-litre 114kW six-speed automatic. Mazda call it a mild hybrid with a 24-volt mild hybrid system utilising a small integrated Starter Generator which captures energy during deceleration. It then stores the energy and deploys it to assist engine torque and fuel efficiency.

Mild is an appropriate word, different to Toyota’s hybrid system, its best described as a steppingstone into the hybrid world for Mazda who intend to launch 10 hybrids and three electric models by 2025. A claimed 6.5L/100km on the combined city/country cycle was hard to achieve. I managed 8.1L/100. I tested the top line MX-30 G20e Astina at $40,990, loaded with safety, convenience and comfort features, top level fit and finish in the Mazda tradition, a nice all-round driver but with a body that fails to impress in so many areas.

A sloped rear roof line, front opening or suicide rear doors, cramped rear space with difficult access and no rear air vents make the rear of the MX-30 a no-go zone. The best feature is 90 degree opening doors, but this is at best a two- seater.

For me the MX-30 is a backward step, especially when Mazda has such an impressive range of SUVs to offer including their similar sized and very impressive CX-30. 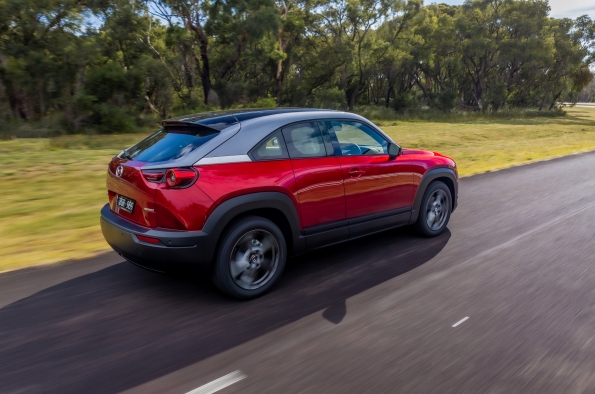 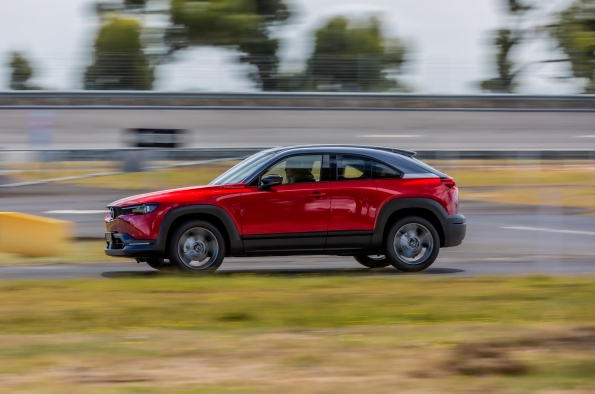