The Trump administration has revoked plans for Admiral Harry Harris to serve as the next US ambassador to Australia, with the diplomatic envoy now being sent to South Korea ahead of Trump’s meeting with Kim Jong-un.

The last minute withdrawal has been slammed by Former Prime Minister Kevin Rudd, who says the switch proves President Trump sees Australia as “a second-class ally.”

“To take him from our grasp and send him to Seoul is a bad signal to the wider public community in Australia about the importance which this Trump administration attaches to Australia,” said Mr Rudd on the ABC’s 7.30 Report.

Expert in Australia and US relations James Curran says Kevin Rudd is one of a number of what he would call “cry-babies” in relation on the issue.

“It is entirely legitimate for some to feel aggrieved that we’ve been robbed of this high profile ambassador at the very last minute,” he says.

“But there’s  no sense of crisis in the Australian-US alliance. There is no need for this kind of juvenile jumping up and down about being shown the back door, or treated as second class. That really is immature language.”

James Curran says the decision shows that America feels the admiral’s skills are needed on the Korean Peninsula, as Western countries exert diplomatic pressure on the rouge regime’s nuclear activities.

“They need to put Harry Harris into where they think he’s most needed, the Korean Peninsula.”

“ But our alliance is not dependant on whoever the US ambassador is.” 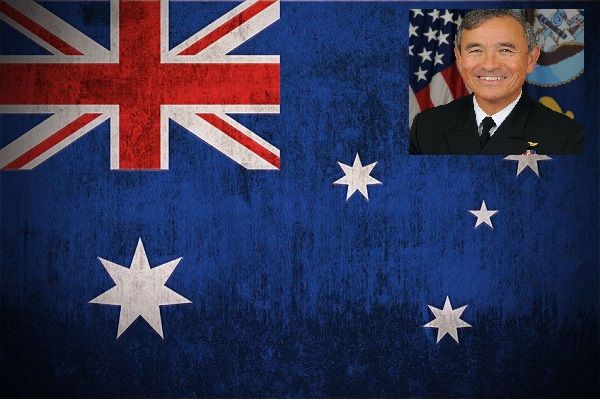