This week Jim shines the spotlight on… Teddy ‘Jewboy’ Davis

Edward Davis (1816-1841), was a Jewish convict who, in 1832 at the Old Bailey, under the name George Wilkinson, he was sentenced to transportation for seven years for having attempted to steal a wooden till, valued at 2 shillings, and copper coins to the value of 5 shillings.

He arrived in Sydney in 1833 in the Camden and was put to work at Hyde Park Barracks. He escaped and was caught and sentenced to a further twelve months. In 1835 he escaped from a farm he was working on at Penrith and another twelve months was added to his term. He was assigned to a farmer at Hexham, but ran away a third time, and two more years were added to his sentence.

He was caught, but in July 1838 he escaped a fourth time and formed a bushranger gang of runaway convicts. 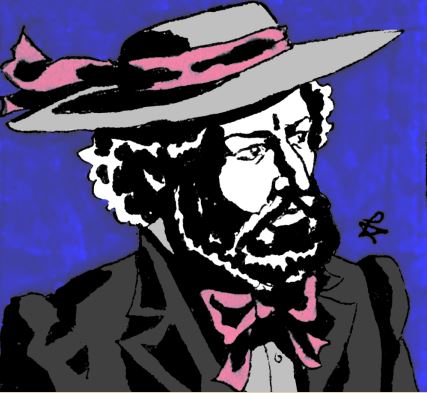