This week Jim shines the spotlight on Smoky Dawson – The Kellogs Cowboy.

Herbert Henry Dawson was born in Collingwood, Melbourne in 1913 and was an Australian Country, Western and folk performer, radio star, entertainer, and icon.

He was widely touted as Australia’s first singing cowboy complete with acoustic steel string guitar and yodel, in the style of America’s Gene Autry and Roy Rogers.

Dawson had an extraordinarily long and prolific career, releasing his first single in 1941 and his last album in 2005, aged 92.

Through his high-rating syndicated radio serials (at their height broadcast on 100 stations), “The Adventures of Smoky Dawson”, as well as television appearances, comic books and songs he created the persona of a happy-go-lucky singing cowboy.

Jim Haynes was lucky enough to record a duet with Smoky in 2004, when he was ninety-one.  It was a song Jim wrote about Dawson called Smoky On The Radio.

Jim says, “when Smoky Dawson died on 13th February 2008, my generation of Aussies lost a hero and I lost a friend. For more than six decades, Smoky and Dot Dawson made a wonderful contribution to the Australian entertainment industry and to the community.” 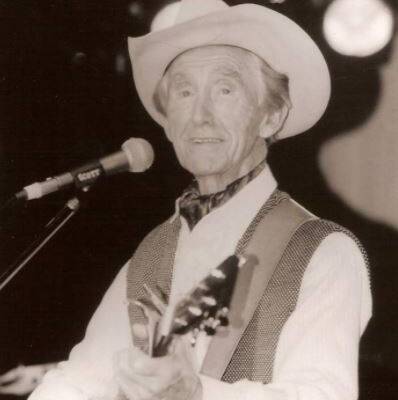