William King was aged twenty-two when he emigrated to Sydney as a free settler in 1829.

Dubbed the ‘Flying Pieman’, he progressed from barman at Sydney’s Hope & Anchor to making and selling meat pies around Hyde Park and Circular Quay.

He became famous for his extreme feats of “pedestrianism” – walking long distances in amazingly short times but as his athletic abilities faded, he took to using his reputation to attract customers, selling his pies and pastries on the streets of Sydney wearing a top hat decorated with brightly coloured ribbons.

Sadly, his eccentricity turned to mental instability and he was sent to the Liverpool asylum, where he died in 1873. 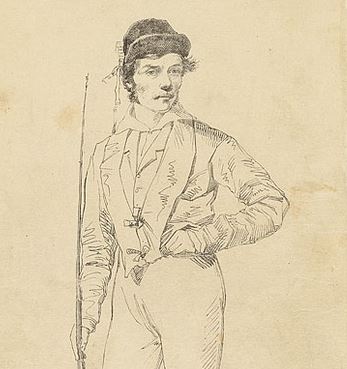