David Jones founder’s Rookwood memorial restored – but who was he?

Michael is joined by Andrew Mander-Jones, the great-great-grandson of department store founder David Jones, for a history lesson on just who his ancestor David Jones was.

David Jones was born in 1793, the son of Thomas Jones, a farmer near Llandeilo, Wales, and his wife Nancy. He became an apprentice to a grocer in Carmarthen at a young age and his business talent led to him being offered, at the age of 18, the management of a general store in Eglwyswrw, Pembrokeshire.

He migrated with his family to Hobart in Tasmania in October 1834 on board the Thomas Harrison. He subsequently went into partnership with Charles Appleton 1835 (a merchant who had opened a store in Sydney in 1825) forming the firm ‘Appleton & Jones’.

The partnership was dissolved in 1838 when he established ‘David Jones & Co’, at 463 George Street, thereby establishing one of the oldest surviving department stores in the world which would be the main location of David Jones until the opening of the Elizabeth Street store in 1928.

Later with the success of his business, Jones retired from active management in 1856. However he later returned to save it from bankruptcy, thereafter serving until ultimate retirement in 1868.

Mr Jones’ mission was to sell “the best and most exclusive goods” and to carry “stock that embraces the everyday wants of mankind at large.” 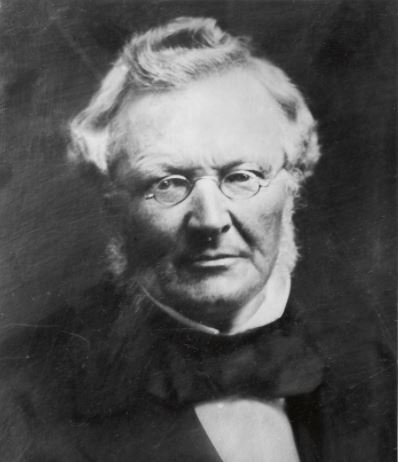