Captain Bligh set adrift by mutineers on this day in 1789

On the anniversary of the mutiny on the HMAV Bounty, Michael is joined by Rob Mundle, journalist, competitive yachtsman & Author – including ‘Bligh: Master Mariner’, to learn more about the life and career of Captain Bligh, who was set adrift by mutineers on this day in 1789.

In 1787, Lieutenant Bligh, as he then was, took command of HMAV Bounty.

In order to win a premium offered by the Royal Society, Bligh was to first sail to Tahiti to obtain breadfruit trees, then set course east across the South Pacific for South America and the Cape Horn and eventually to the Caribbean Sea.

The Bounty never reached the Caribbean, as mutiny broke out on board shortly after the ship left Tahiti.

Because the vessel was rated only as a cutter, Bounty had no officers other than Bligh (who was then only a commissioned lieutenant), a very small crew, and no Royal Marines to provide protection from hostile natives during stops or to enforce security on board ship.

Despite being in the majority, none of the loyalists put up a significant struggle once they saw Bligh bound, and the ship was taken over without bloodshed. 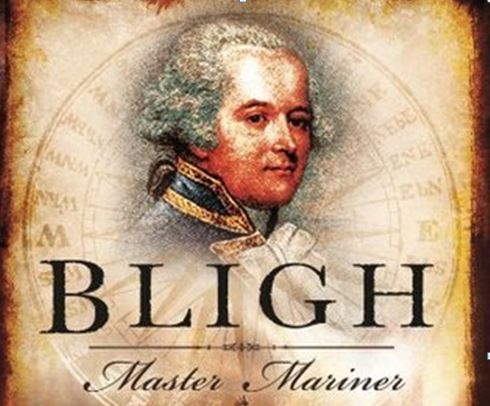