Anna Byesyedina, PhD Candidate in the Department of Government and International Relations, Sessional Teacher and Student Writing Fellow, University of Sydney, joins Michael to discuss Belarus, which has been in the news lately all for the wrong reasons including their Olympic sprinter Krystsina Timanovsaka refusing to return from Tokyo and the suspected murder of a Belarusian activist in Ukraine.

Belarus’ authoritarian leader, Alexander Lukashenko, has gone to extraordinary measures to cling to power including the targeting of critics and the state-sanctioned hijacking of a passenger plane.

Less than a year ago, Lukashenko was declared the winner of a presidential election that was widely regarded to be rigged.  A week later, an estimated 200,000 people marched around the country to demand he step down – the largest gathering in Belarus’ history.

The government immediately cracked down, arresting many opposition leaders and forcing others to flee abroad. 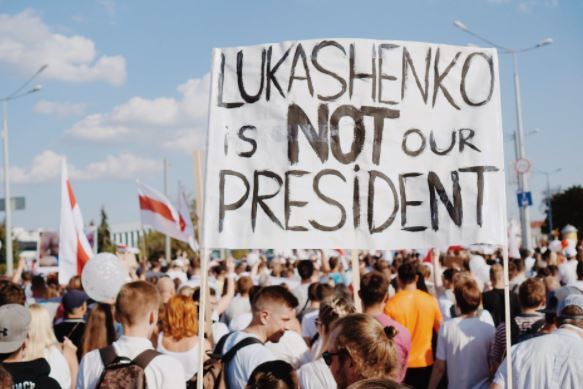