Michael is joined by Dianne Hall, Associate Professor at the University of Victoria & editor of the Australasian Journal of Irish Studies, for the history behind the Anglo-Irish Treaty which was signed 100 years ago in the early hours of 6 December 1921.

It provided for the establishment of the Irish Free State within a year as a self-governing dominion within the “community of nations known as the British Empire”, a status “the same as that of the Dominion of Canada”. 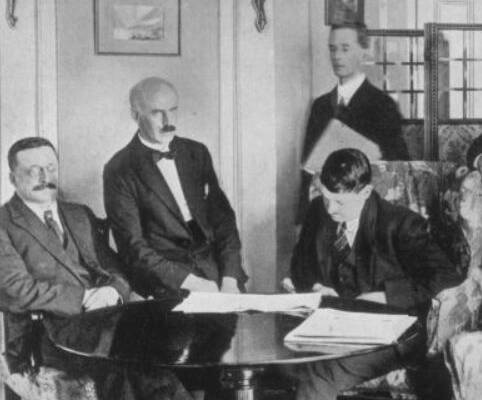