Allana Ferguson The women’s game has come a long way

Allana FergusonChannel 9NRLWomen in League
Allana Ferguson was a star Jillaroo playmaker whose career was cruelly curtailed by her 4th knee injury.
She has now made a successful transition to the media, appearing on channel 9’s rugby league coverage.
She has watched the women’s game come along in leaps and bounds since her retirement, and recognises the privileged place she holds.
“I was buying my groceries and this bloke came up to me and said he saw me on the television. His daughter had been asking him for years if she could play footy. He said after seeing the highlights, he was going to let her”. 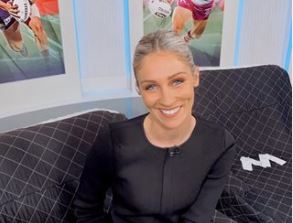