Agriculture Minister: “If they’ve done wrong, they’ve got to be nailed.”

Sheep producers are upset, angry, and disappointed about animal welfare issues in live export trade with the Middle East.

60 Minutes has aired footage of more than 2,000 sheep dying from heat stress on a voyage from Perth in August.

The federal government has ordered an urgent review of live exports.

In the interim an independent vet will be on board live export vessels to observe animal welfare, as Emanuel Exports awaits approval for a shipment due to depart tomorrow.

Shadow Agriculture Minister Joel Fitzgibbon is calling for a new independent welfare cop to be established, better market options are found for producers, and there’s a review of animal welfare standards. 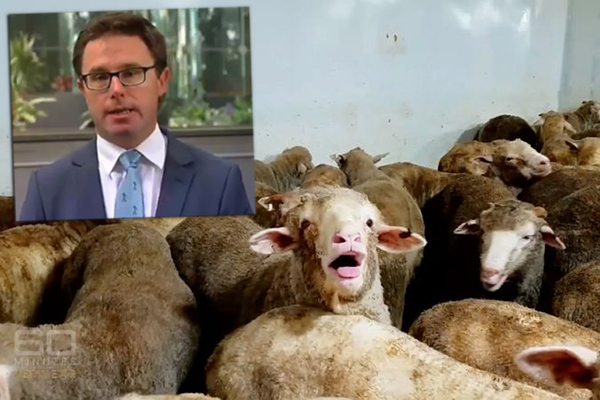