105th anniversary of the Battle of Lone Pine

Mat McLachlan, War historian & founder of Australian Battlefield Tours, joins Michael regarding the 105th anniversary of the Battle of Lone Pine which was fought between Australian & New Zealand Army Corps (ANZAC) and Ottoman Empire forces during the Gallipoli Campaign of the First World War, between 6 and 10 August 1915.

The battle was part of a diversionary attack to draw Ottoman attention away from the main assaults being conducted by British, Indian and New Zealand troops around Sari Bair, Chunuk Bair and Hill 971, which became known as the August Offensive.

At Lone Pine, the assaulting force, initially consisting of the Australian 1st Brigade, managed to capture the main trench line from the two Ottoman battalions that were defending the position in the first few hours of the fighting on 6 August.

Over the next three days, the fighting continued as the Ottomans brought up reinforcements and launched numerous counterattacks in an attempt to recapture the ground they had lost.

As the counterattacks intensified the ANZACs brought up two fresh battalions to reinforce their newly gained line.

Finally, on 9 August the Ottomans called off any further attempts and by 10 August offensive action ceased, leaving the Allies in control of the position.

Nevertheless, despite the Australian victory, the wider August Offensive of which the attack had been a part failed and a situation of stalemate developed around Lone Pine which lasted until the end of the campaign in December 1915 when Allied troops were evacuated from the peninsula. 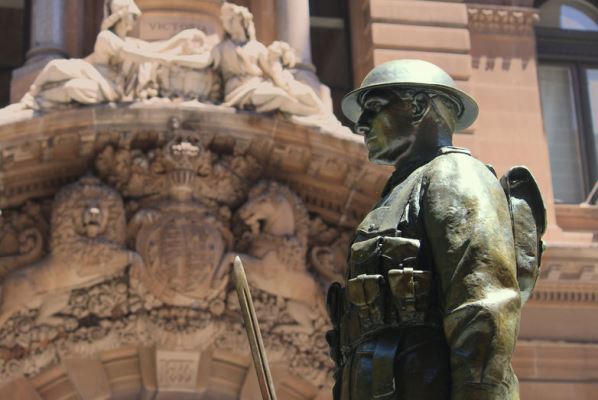