The president of Wool Producers Australia has slammed an animal rights organisation after they staged a disturbing protest in the centre of Sydney.

The protestors were sending a message against woollen clothing, holding signs that read “sheep suffer-ditch wool” and “sheep kicked and beaten for wool”. 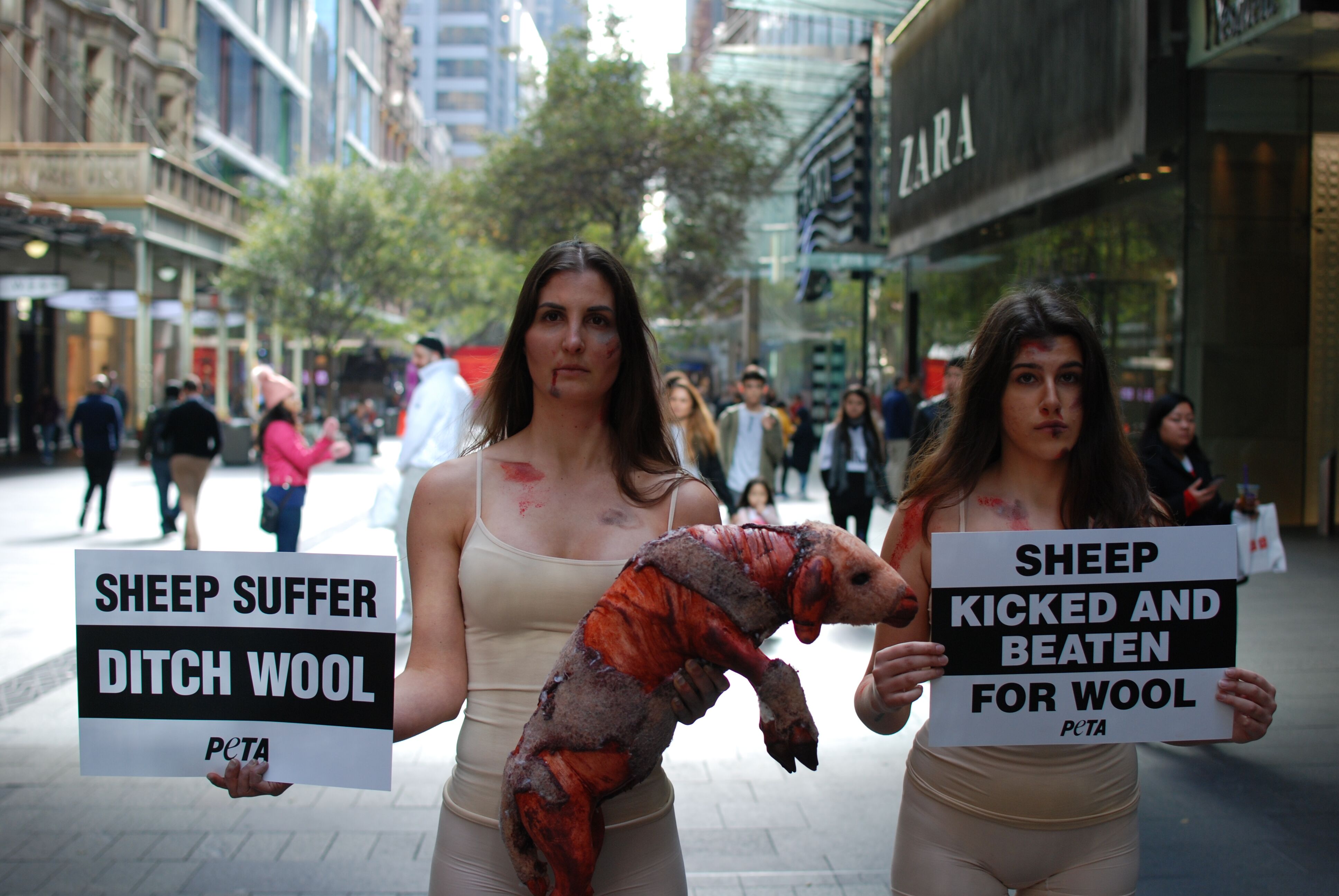 “They have no trouble telling lies this group.

“The care and welfare of our animal is the highest priority for the Australian sheep and wool industry.

“It’s absolute rubbish what these people are saying.”