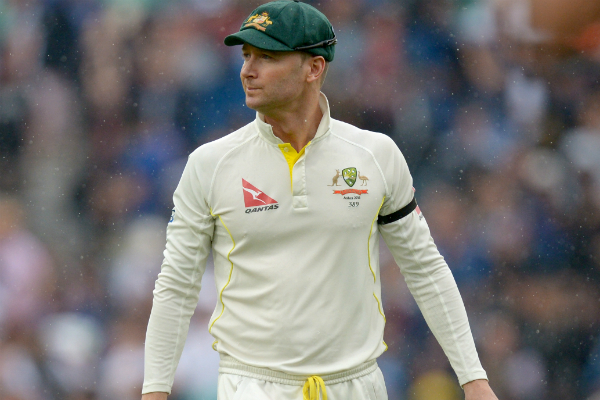 Clarke – who was long considered a ready-made replacement for Ricky Ponting throughout the golden era of Australian cricket – first took over the leadership reins in 2010.

He led the Aussies through a rebuilding period winning 24 out of a possible 47 Tests as captain.

However, in the wake of Australia’s ball-tampering demise and the Longstaff review which exposed the failings of Cricket Australia, Clarke revealed the structure of the organisation changed significantly under his tenure.

“I think the structure changed under my captaincy and I found that very difficult to deal with,” Clarke said.

“When I took over the captaincy, my communications were very direct to the CEO James Sutherland, we had a great relationship that allowed us two to communicate.

“If I had a question about what Cricket Australia were doing, what decisions were getting made, I could go directly to James and James was the same – if there was something he didn’t see was what he wanted with the team or asked me why a decision was made with the team – he would pick up the phone and call me.

“It certainly was nowhere near as clear and direct at the end of my captaincy as it was at the start.

“I don’t believe the current structure is the right structure for the game of cricket.”

The change in structure hasn’t payed dividends for CA or for the national team with a host of key figures coming under the microscope.

It doesn’t read well for the record book either with CEO James Sutherland retiring, Chairman David Peever resigning, Board Director Mark Taylor stepping down and Executives Pat Howard and Ben Amarfio axed all in the space of less than eight months after the sandpaper gate scandal.

Clarke also said he would like to see more of a focus on improving Grade cricket – rather than investing only at the National level.

“I would love to see Australian players and state players have to play club cricket,” Clarke said.

“If you’re free on a Saturday then you have to go play club cricket – I don’t care what state you’re from – and the same for Shield cricket – get back.

“I know it’s all about money, Cricket Australia are not going to move International games around to allow Australian players to go play Shield cricket because it’s going to hit them financially.

“But our game has to be bigger than more than one level, there’s such a big gap.”

Clarke revealed five clubs from the Western Suburbs that he once played for no longer exist.

With an agenda to continue to generate revenue, players are competing in more International cricket matches across all three formats with minimal opportunity to return to state level.

Australia play South Africa in the decider of their ODI series in Hobart on Sunday.