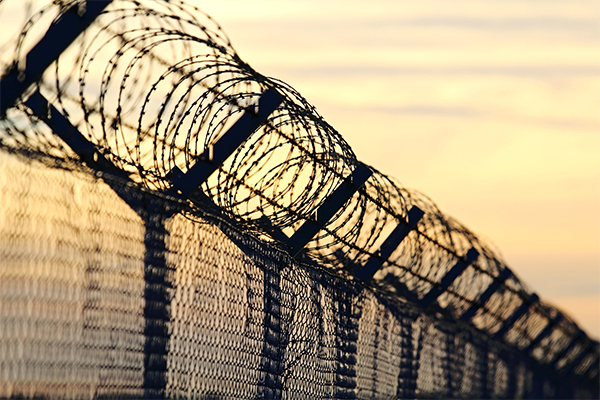 Ray Hadley has revealed the Director of Public Prosecutions, Lloyd Babb, will launch an appeal.

The DPP will appeal the decision to quash Brothers 4 Life founder, Bassam Hamzy’s, sentence for assaulting a prison guard in Goulburn Supermax.

Up to 3000 prison guards from every prison across NSW have joined in on the industrial action after a string of attacks on officers.

Prison guards at the Goulburn Correctional Complex walked off the job Friday morning, calling for an appeal on the case of notorious Supermax prisoner Bassam Hamzy.

He said the sentence was “unjust” as Hamzy has already been punished enough by having his prison privileges restricted.

Since the decision, four officers have been attacked in the jail, Australia’s highest security prison.

“We had an officer king hit in a cowardly attack and again hospitalised.”

He says every prison across NSW is involved in the industrial action.

“Every officer across the state, obviously there are some officers who are commissioned officers, that will remain.”

In an emergency meeting, the Industrial Relations Commission have ordered the officers to return to work by 6am tomorrow.

Mr Little tells Chris Smith staff at Goulburn Correctional Complex are furious at the soft stance and want an appeal on Hamzy’s case.

“Once this ridiculous decision was handed down by the acting judge it sent a message, in our view, that it’s sort of okay to treat our members as punching bags.”

“And quite frankly I wouldn’t be surprised if you get other walk outs, in other centres, across the state.”

Corrective Services NSW has asked the Industrial Relations Commission to intervene and stop the strike action.

In the meantime, it says “all inmates are secure in their cells and the prison is being run by a skeleton staff.

“All visits to the prison have been cancelled.”

In the statement to The Ray Hadley Morning Show, Corrective Services says it shares officers’ frustration at the Bassam Hamzy decision.

“We are concerned about a recent judgement in the District Court of Appeal and are actively seeking avenues of appeal.

“CSNSW considers any assault on staff as unacceptable and supports prosecutions of inmates who engage in this behaviour.”

A meeting between the union and CSNSW senior management is scheduled for Monday.