Parramatta Eels player Shaun Lane is under investigation after images allegedly showing him in possession of a white substance were leaked.

The 24-year-old, dressed as Forrest Gump, can be seen holding a small plastic bag that appears to contain a white powder. 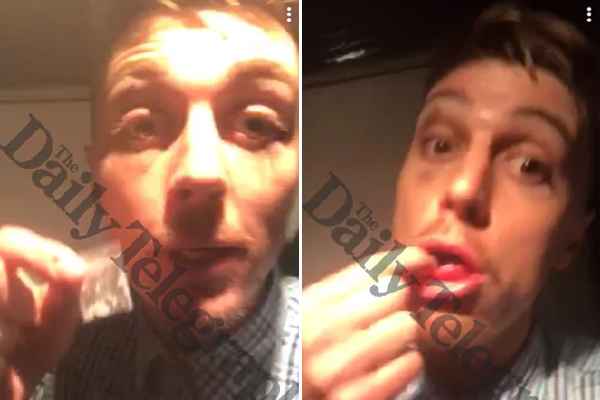 In another photo, Lane appears to be putting something inside his mouth.

There is no evidence that Shaun Lane has done anything illegal but the NRL Integrity Unit is investigating the images, leaked to News Limited papers on Monday.

Despite the photos being more than 10 months old, Lane could face disciplinary action if he’s found to have damaged “the game”.

After a disastrous off-season of misbehaviour, NRL boss Todd Greenberg warned any video or photo damaging to the game will incur significant penalties, no matter how old they are.