Emergency services were called to the scene of the clothing factory and storage unit complex at Beaconsfield at 2.15am after the fire broke out.

Hours later, more than 90 firefighters are still working to contain the blaze, which has now spread to adjoining buildings.

#BREAKING: A massive fire is right now engulfing a clothing factory in the inner-city suburb of Alexandria. @Gabrielle_Boyle #9News pic.twitter.com/5yp2q69UNz

Five people have been evacuated from a nearby unit block, but no injuries have been reported.

The cause of the fire is unknown. 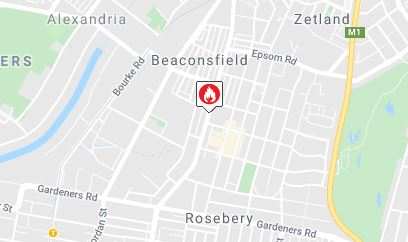