A roadworker is in a serious condition in hospital after a major incident shut the M1 Motorway this morning.

Shortly after 3am, the 28-year-old worker was hit by a ute in the breakdown lane of the M1, between the Berowra and Windybanks Interchanges. 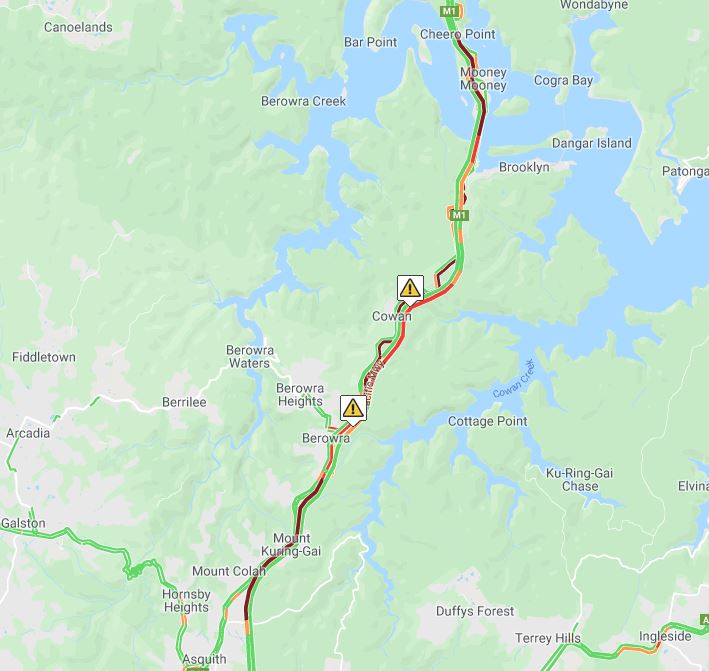 It’s believed the man was picking up witches hats when the vehicle drove between the roadwork safety vehicle and the rock wall and slammed into him.

The 28-year-old suffered significant head injuries and was treated at the scene by paramedics before being rushed to Royal North Shore Hospital in a serious condition.

The driver of the ute, a 72-year-old man from Kingsgrove, has been taken to the same hospital with a minor head injury and for mandatory drug and alcohol testing. 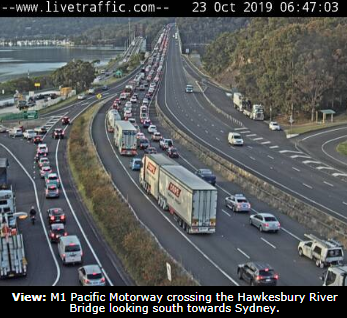 All lanes of the M1 were closed for about five hours, causing traffic mayhem for commuters heading to Sydney.

Both southbound and northbound lanes were reopened at 8am, but there are still significant delays.

The Crash Investigation Unit are still on the scene trying to determine the cause of the accident.