Lockout laws to be relaxed for three major events

The state government will relax lockout laws for several big sporting and music events over the next fortnight.

Hotel and club trading times have been extended for the Australian Open final, the Tamworth Country Music Festival and the Asian Cup.

Standard 10pm closing times have been extended to midnight across NSW for the Australian Open men’s final on the Sunday after Australia Day.

Any pub showing the Socceroos will be able to open until 5am if Australia makes the quarters, semis or final of the Asian Cup.

Racing Minister Paul Toole tells Luke Grant the change will enable patrons to gather and socialise for these special events.

“But we want them to be able to enjoy that time, socialise with one another but also see some of these special events are going to be shown at those venues on the big screen.” 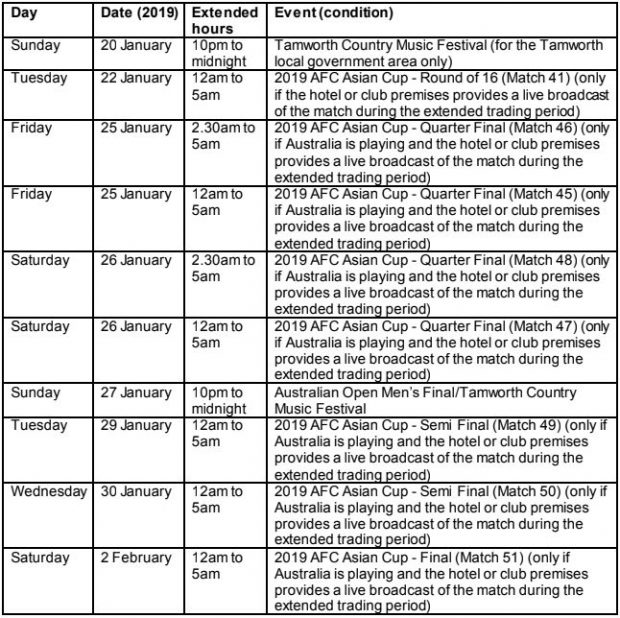