Liberal MP the latest to be targeted with racial abuse

Federal police are investigating after a Liberal MP had election signage defaced with anti-semitic graffiti.

Jewish politician Julian Leeser was targeted in his Sydney seat of Berowra, with dollar signs drawn over his eyes on a large election poster.

Treasurer Josh Frydenberg had a Hitler moustache and swastikas drawn on a billboard in his Melbourne seat of Kooyong. 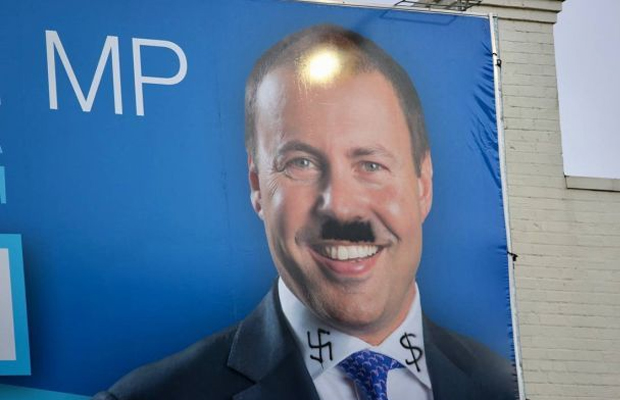 Mr Leeser phoned Alan Jones to say he will pursue those responsible with the full force of the law.

“I’ve had some contact from the federal police as a result of the state police reports on the last occasion.

“I’m very buoyed by the reaction of people in my community.

“I hope we’re able to catch them Alan and I look forward to some successful prosecution.”