A family who had their home destroyed by fires on the NSW South Coast says their 18-year-old son has set up camp and is refusing to leave.

Caller Brad and his family were on their way home from holidays when they received news their 50-acre property, just out of Batlow, had been destroyed. 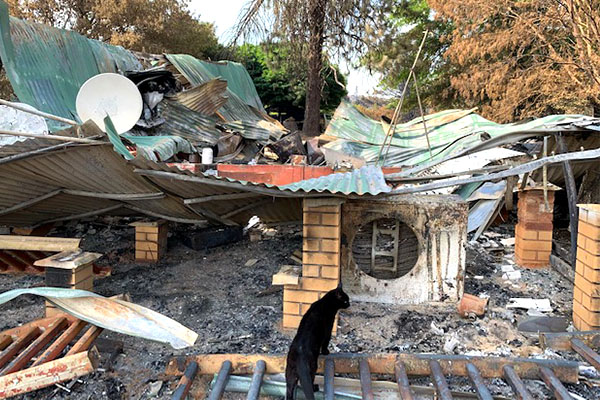 He tells Luke Grant it was a difficult sight to come back to.

“When we got home and looked at the place it was just devasted, every single thing, the sheds, we lost the horse.

“Even now, a week later, the house is still hot.”

But he says his son, who was forced to evacuate, is camping on the property.

“He won’t leave. He’s set up a hillbilly camp there. He’s got a dog there beside him and the dog won’t leave. The dog goes and sits on the bloody veranda every morning, it’s devastating.