‘It could have been carnage’: Idiotic ute driver’s dangerous load

Ray Hadley has been sent an image of a dangerously overloaded ute in Sydney’s north.

A listener spotted the vehicle coming out of the Lane Cove Tunnel at North Ryde on Monday afternoon.

The image clearly shows carpet and other material overflowing from the tray down onto the road.

The white Toyota Hilux had stopped dead in the fast lane of the 80km/h zone as the driver tried to secure the load. 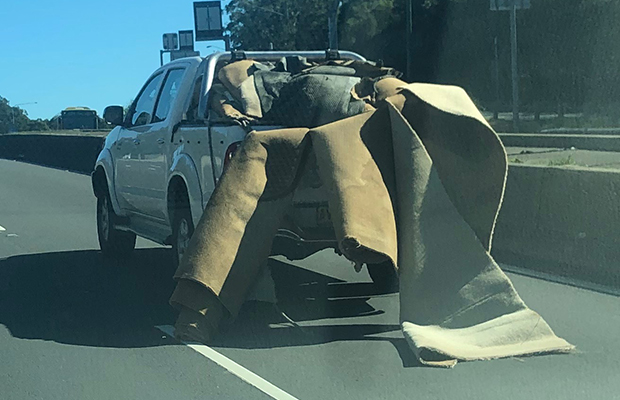 “It could have been carnage,” says Ray Hadley.

The image has been sent to police who are looking into the matter.