Hundreds of people have been evacuated from offices at Circular Quay as firefighters battle a building inferno.

Thick black smoke is billowing from a construction site on the corner of Pitt Street and Alfred Street.

Several loud explosions were heard before the blaze broke out at around 9am.

The Cahill Expressway, trains and buses stopped running in the area but have all now resumed operation.

NSW Fire & Rescue Superintendent Andrew Ticehurst reports approximately two dozen workers were on site at the time of the fire, 13 of which were treated by ambulance crews.

There were also a number of gas cylinders on the site which exploded during the height of the blaze.

Superintendent Ticehurst says the fire has been contained.

Listen to the full update from NSW Fire & Rescue

2GB reporter Stephanie McLean says an exclusion zone remains in place and fire crews are working to reopen Pitt Street to the north of Bridge Street.

George Street is also still closed between Bridge and Alfred streets and there is no access from Bridge Street to Loftus Street.

2GB reporter Stephanie McLean is on the scene, taking photos of the aftermath 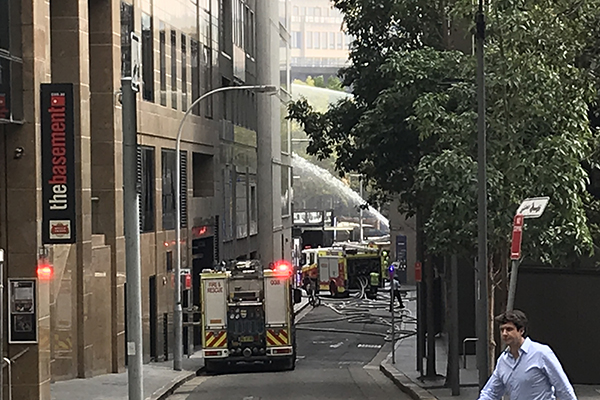 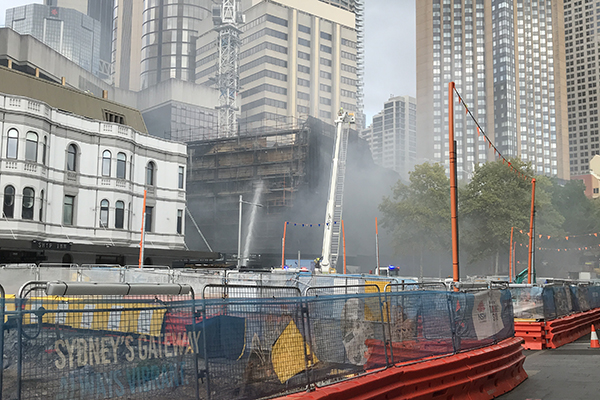 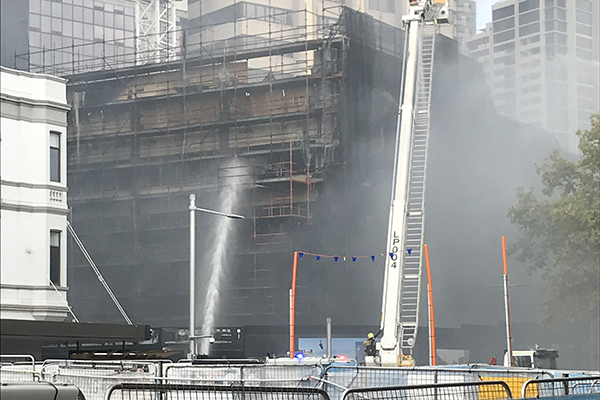