When devastating bushfires raced through Batlow on January 4, the community wasn’t about to give up without a fight.

The town, located in the South West Slopes region of NSW, is famous for producing 10 per cent of Australia’s apple crop.

Siblings Heidi and Jack Cathels joined Ben Fordham in-studio to describe how the community banded together to try and save their farms from devastating bushfires. 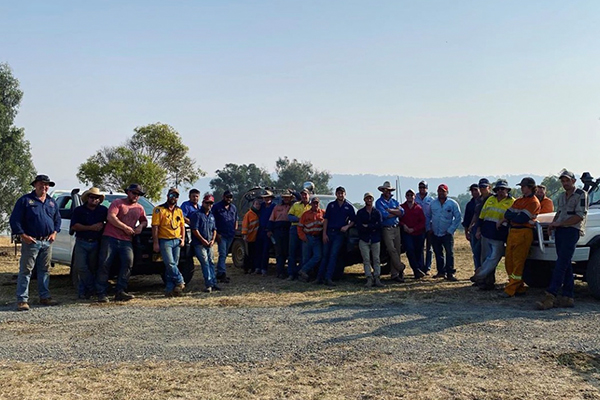 The group of Batlow locals, ready to defend their community on the morning of the fire

Even though dozens of properties were lost and many apple orchids went up in flames, Jack says he was struck by the generosity of his neighbours.

“Some people even lost their house that day,” says Jack, “and they were there on our doorstep the next day helping us clean up. Stuff like that really hits you hard.”

Heidi and Jack are also urging people to buy apples from Batlow to help the fire-ravaged community get through this difficult period.