A female police officer has allegedly been brutally attacked while helping an alleged criminal in police custody on the Central Coast.

41-year-old Aaron Heather had been arrested over assault and intimidation offences at Halekulani, north of Gosford.

Sergeant Rachael Robins was taking him a cup of tea at Wyong Police Station, when he allegedly attacked.

Police say he grabbed the sergeant by her ears and kneed her in the face, before punching her multiple times.

Sergeant Robins suffered a broken nose and cuts to her face and was taken to hospital.

Heather has now been charged with nine offences, including the assault of a police officer, and been refused bail until his next court appearance in May.

The Police Association of NSW sent The Ray Hadley Morning Show a photo of the officer’s horrific injuries. 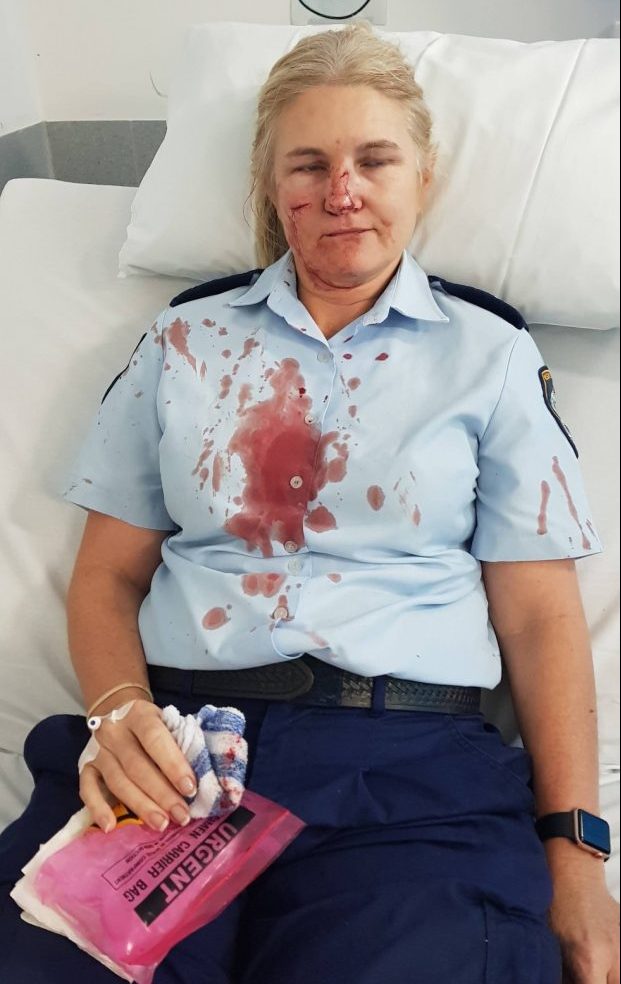 Ray says the situation is “just dreadful” and reveals Police Commissioner Mick Fuller is looking into the incident.

“She wasn’t wrestling with the alleged assailant, she was actually taking him a cup of tea in his cell, an act of compassion. And this is the way she’s rewarded.”