A 45-year-old man has been arrested following a car crash early this morning in Sydney’s west.

The driver flipped his car on a residential street in Kellyville just after 1am.

Neighbours managed to pull him from the car after the incident and a cask of wine was found in his back seat. 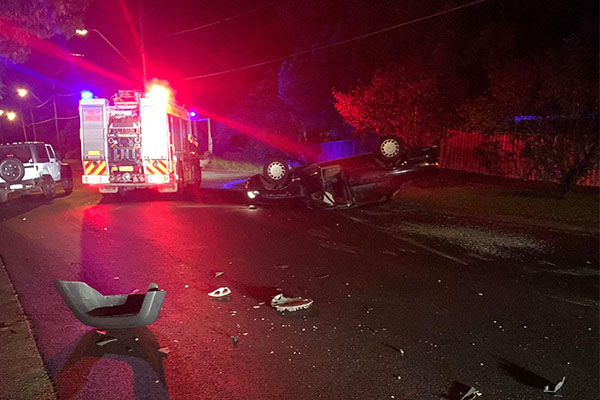 Local resident Graeme tells Ray Hadley how he and a neighbour helped the driver from the car.

“It was a bit of a shock, it was the loudest bang I’ve ever heard, as if someone was smashing on the bedroom door.

“We checked him to make sure… he was in the right shape to pull him out of the car.

The man was charged and will face Parramatta Local Court on June 24.